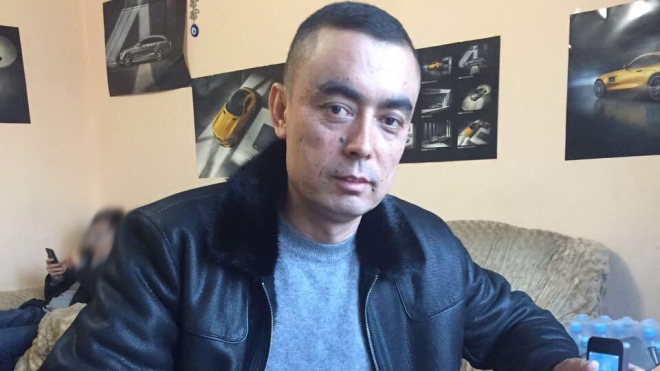 Authorities in northwest China’s Xinjiang Uyghur Autonomous Region (XUAR) have sentenced a prominent Uyghur businessman and philanthropist to death for taking an unsanctioned Muslim holy pilgrimage to Saudi Arabia, according to his brother.

“The latest I heard is that my brother has been given a death sentence and he is waiting for his execution to be carried out … The reason is that he went to perform hajj on his own [instead of joining a state-sanctioned tour group],” he added, referring to the annual Muslim holy pilgrimage to Mecca in Saudi Arabia.

According to Abdusattar Abdurusul, his brother was provided with “no lawyer” during a “group trial,” suggesting he had been illegally sentenced to death. All death sentences should be reviewed by China’s Supreme Court in Beijing, but it is unclear whether Abdughapar Abdurusul's case has been examined.

Abdughapar Abdurusul, a 42-year-old father of four, owns several shops and businesses, and multiple properties, his brother said, and had used some of the money he earned to build a mosque for the local community in recent years.

“He is a philanthropist who enjoyed helping society … [but] now the government has taken away everything and destroyed his family’s lives completely,” Abdusattar Abdurusul said.

Abdughapar Abdurusul’s eldest son Awzer was detained in 2017 after returning home from studying in Turkey, and his wife Merhaba Hajim was taken into custody in April this year, he added.

Abdusattar Abdurusul said his sister Sayipjamal has been missing for “a long time” and is thought to also have been detained, while several of Abdughapar Abdurusul’s friends “have been sentenced to more than 18 years in prison.”

Staff members at the Ili Kazakh Autonomous Prefecture’s Public Security Bureau and local police stations in Ghulja city refused to answer questions or hung up the phone when contacted by RFA about Abdughapar Abdurusul’s case.

But a long-time associate who worked with Abdughapar Abdurusul in Ili Kazakh’s Qorghas (Huocheng) county and is now living in exile told RFA he had also heard of the businessman’s sentence from local sources, and that his wife had died in custody.

“A friend of mine called me, saying that our mutual friend Abdughapar Hajim had been sentenced to death,” the associate said, speaking on condition of anonymity and using an honorific title to denote that Abdughapar Abdurusul had completed a pilgrimage to Mecca.

“[I also heard] that his wife had already died in prison,” he added.

The associate said that “more than 50” people in Abdughapar Abdurusul’s circle of friends—including several police officers—had been arrested and imprisoned before him, but that he was the only to have been sentenced to death.

When asked why Abdughapar Abdurusul might have been given such a harsh sentence, the associate said he was unsure, “but the Chinese government is killing Uyghurs for no particular reason.”

A former close neighbor of Abdughapar Abdurusul’s named Turghunay, who is now living in exile in Turkey, also told RFA she had heard of his sentence and that Merhaba Hajim had died in detention.

“I heard that Abdughapar Hajim was arrested in May or June and, prior to that, his eldest son Awzer had been arrested, followed by his wife, Merhaba Hajim,” she said.

“I don’t know if he was arrested because of his wealth or having gone on hajj, but when I heard the news about his death sentence … I was devastated.”

Turghunay said that Merhaba Hajim had “died in a [political] re-education camp,” where authorities have detained Uyghurs accused of harboring “strong religious views” and “politically incorrect” ideas throughout the XUAR since April 2017.

“The death certificate was given to the family by the authorities,” she said, adding that “no one knows what has happened to their young children.”

While Beijing initially denied the existence of re-education camps, the Uyghur chairman of Xinjiang’s provincial government, Shohrat Zakir, told China’s official Xinhua news agency last month that the facilities are an effective tool to protect the country from terrorism and provide vocational training for Uyghurs.

Reporting by RFA’s Uyghur Service and other media organizations, however, has shown that those in the camps are detained against their will and subjected to political indoctrination, routinely face rough treatment at the hands of their overseers, and endure poor diets and unhygienic conditions in the often overcrowded facilities.

Adrian Zenz, a lecturer in social research methods at the Germany-based European School of Culture and Theology, has said that some 1.1 million people are or have been detained in the camps—equating to 10 to 11 percent of the adult Muslim population of the XUAR.

U.S. State Department spokesperson Heather Nauert recently said the U.S. government was “deeply troubled” by the crackdown on Uyghurs, while U.S. Ambassador to the United Nations Nikki Haley described it last month as “the largest internment of civilians in the world today” and “straight out of George Orwell,” during a speech at the Chiefs of Defense Conference Dinner in Washington.