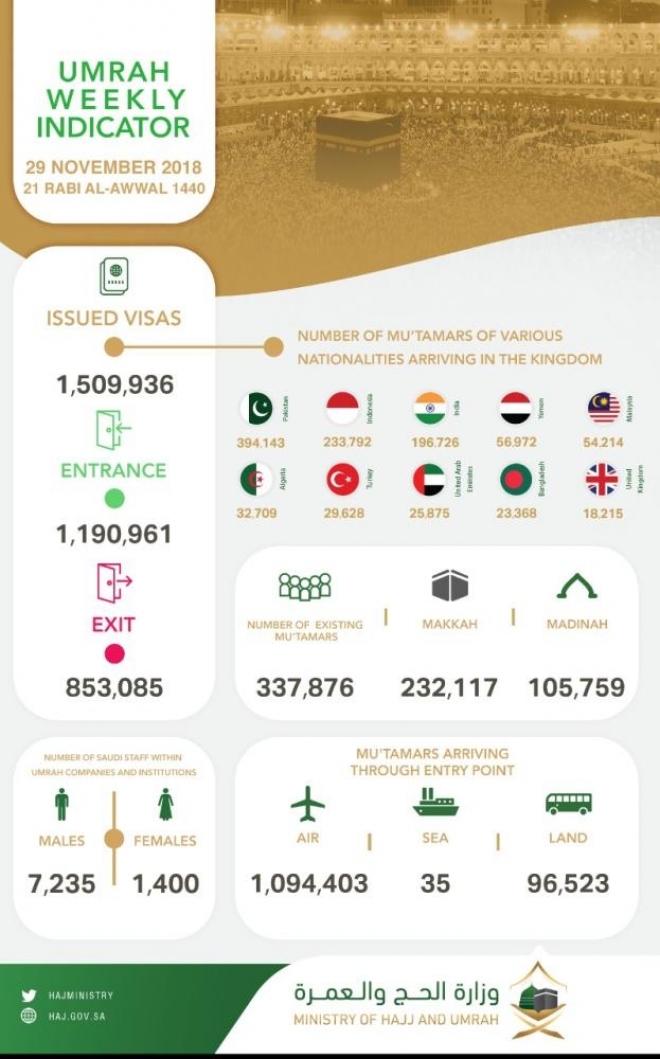 JEDDAH — As many as 1,509,936 Umrah visas were issued in 12 weeks since the season started in September, the Ministry of Haj and Umrah has said in its weekly statistical report.

The ministry said a total of 1,190,961 Umrah pilgrims have arrived in the Kingdom of whom 853,085 have departed for their respective homes after performing the minor pilgrimage.

The ministry said the pilgrims were served by a total of 8,635 Saudis consisting of 7,235 men and 1,400 women who are employees of Haj and Umrah companies.

It said its weekly statistical report is aimed at closely following the issuance of the Umrah visas and the arrival and departure of the pilgrims to ensure them with excellent services that will enable them do their rites in ease, peace and comfort within the ministry’s drive to realize the objectives of the Saudi Vision 2030, which aims to attract about 30 million Umrah pilgrims annually by that year.