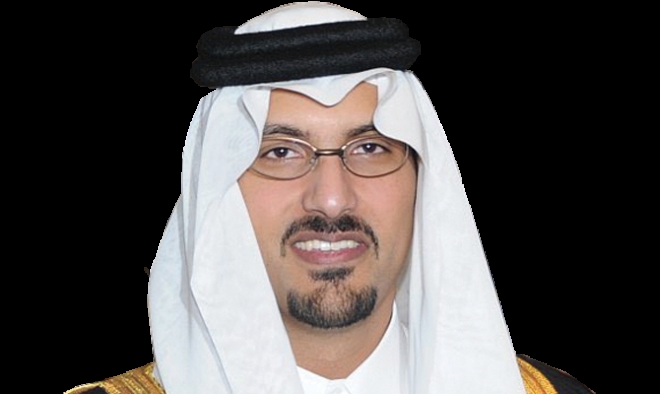 He is vice chairman of joint economic commissions between Saudi Arabia and Switzerland, Russia, Uzbekistan, Kazakhstan, Greece, Azerbaijan and Senegal.

Prince Saud is also president of the National Competitiveness Center (NCC), which was established by SAGIA in December 2010.

He received his bachelor’s degree in finance from King Fahd University of Petroleum & Minerals in 2001.

On Saturday, Prince Saud sponsored the closing ceremony of the first phase of the Arabic Calligraphy Center in Madinah, an initiative of Tatweer Co. for Educational Services.

Prince Saud visited the center and the accompanying art exhibition at the Dar Al-Qalam educational complex, where he saw a visual presentation of the center’s first phase.