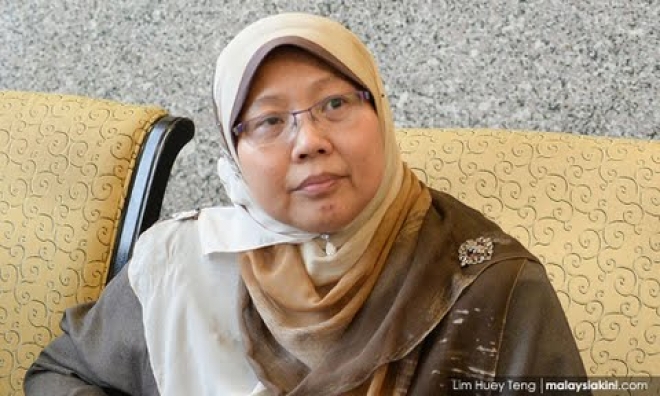 The practice of giving away spots for the hajj to ministers and MPs, as well as letters of support. has been stopped, Deputy Minister in the Prime Minister’s Department Fuziah Salleh said today.

Fuziah said this had been decided at the agreement of the cabinet and had been implemented at the hajj season this year, so that the quota of 30,200 people allocated by the Saudi Arabian government would maximally benefit those who were truly qualified.

"The quota for the people has become less, resulting in a much longer waiting period when small amounts of the quota are milked and given to certain quarters, to the point that a pilgrim is forced to perform the hajj when he or she is already old and enfeebled.

"A quota which has been given to certain quarters, even if it is only 50, is sometimes sold off. They take away the right of those who are qualified," she told reporters after attending a community dialogue programme in Kuantan yesterday.

Fuziah said the giving of letters of support to facilitate applications to perform the hajj would also be stopped, in line with the decision of the Pakatan Harapan government which did not want the practice to become normalised.

‘’If there is an appeal (to perform the haj), we will only extend it for consideration by the quarters concerned based on the procedure. Only those qualified will be considered and there will no longer be any special treatment,’’ she said.

In another development, Fuziah said the issue of Quran and Fardu Ain (Kafa) teachers who would be absorbed into permanent posts was expected to be settled in the middle of next year, since a study on it would only be completed in March.

She expected the issue would take about one month to be discussed in the cabinet, and if things proceeded smoothly, there would be a possibility that 5,000 of the 31,460 Kafa teachers would be the first group to benefit.

‘’An analysis which was conducted found that most of them have a degree or diploma in the Arabic Language or Islamic Studies.

"We may offer the S29 grade scheme, namely, under the diploma qualification for those absorbed, despite their degree qualifications.

‘’Meanwhile, those with SPM qualifications, with experience and not willing to further their studies to the diploma level, may be offered the S19 grade but on the condition they received the approval of the cabinet because this was not in the 2019 Budget,’’ she said.