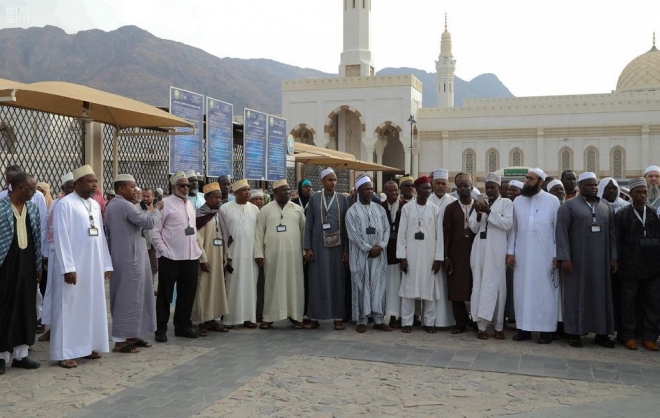 JEDDAH: The guests of the 13th batch of Custodian of the Two Holy Mosques Program for Umrah on Sunday visited Islamic sites in Madinah and the King Fahd Complex for Printing the Holy Qur’an.

The head of planning department of the Ministry of Islamic Affairs and Endowments in Djibouti, Dr. Othman Hussein Mohammed, thanked King Salman for making all-out efforts to serve Islam and Muslims all over the world.

The guests — comprising 203 figures from eight African countries — thanked King Salman and Crown Prince Mohammed bin Salman for the generous hospitality, services and facilities provided for them since they left their countries until their arrival in the Kingdom. They are from Ethiopia, Senegal, Comoros, Djibouti, Mali, South Africa, Nigeria and Uganda.

With the arrival of the 13th batch of guests, the total number has reached 2,803 from various countries since the start of the program. Hajj and Umrah Minister Mohammed Salih Bentin earlier received separately in Makkah the heads of the Iraqi, Malaysian and Nigerian Hajj delegations.