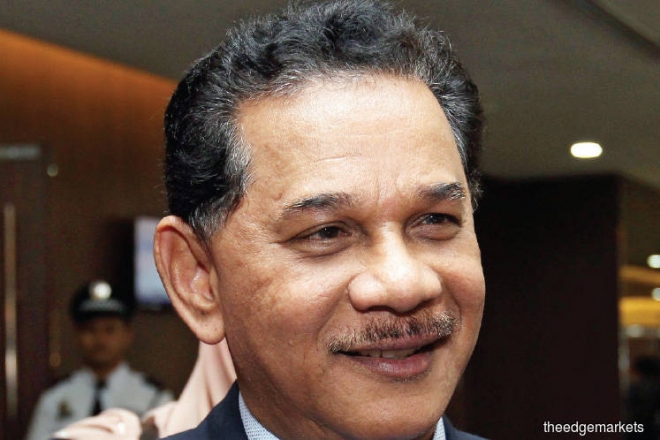 LEMBAGA Tabung Haji’s (TH) turnaround plan, which involves the government setting up a special purpose vehicle (SPV) to take over the pilgrim fund’s underperforming assets, is not a bailout as claimed by some, its new chief says.

“There’s no bailout because there is no cash outlay by the government, neither is there any government guarantee on the sukuk. There is no immediate impact on the government at all,” Datuk Seri Zukri Samat tells The Edge in an interview.

Under the plan, which was unveiled last week, the SPV — to be owned by the Ministry of Finance — will acquire RM19.9 billion worth of TH’s underperforming properties and equities at book value.

In exchange, the SPV will issue RM10 billion in seven-year sukuk, which will be fully subscribed by TH, along with RM9.9 billion in Islamic redeemable convertible preference shares (RCPS-i), with no maturity or dividend.

“The SPV will then work on selling the assets that were transferred to them. They don’t sell the assets immediately, of course ... they will rehabilitate and maximise recovery of those assets. Whatever [cash] they get out of it will be used to settle the sukuk and the RCPS-i,” Zukri explains.

The sukuk is redeemable at any time without penalty, he adds.

Of the assets to be transferred to the SPV, 80% of the total value comprises equities with properties accounting for the balance 20%.

TH intends to complete the asset transfer by the end of this year, after which it will have a clean balance sheet with assets equal to liabilities.

Will dividends be declared for FY2018?

“We cannot promise, but we are trying our best to pay some dividend,” Zukri says. “It is not the year end yet, it is only mid-December, so we have to close our accounts first.”

In order to pay dividends to depositors, TH, which is regulated by the Tabung Haji Act 1995, has to fulfil two conditions — it must have more assets than liabilities and it must be profitable.

From Jan 1, 2019, TH will be placed under the supervision of Bank Negara Malaysia.

Zukri hopes the rehabilitation of the assets will be completed by the seventh year.

Properties that TH will sell to the SPV will be those with a yield of less than 2% while, for equities, the value impaired would have exceeded 20%.

According to Zukri, TH will keep its 51.5% stake in BIMB Holdings Bhd. BIMB fully owns Bank Islam Malaysia Bhd, one of the country’s more profitable banks, and has a 60% stake in insurer Syarikat Takaful Malaysia Keluarga Bhd.

Asked about a widely-speculated restructuring of the BIMB group, in which Bank Islam is expected to take over the former’s listing status, Zukri says: “We will leave it to them to come up with a plan. If it is beneficial to TH, we will certainly consider it. But at this juncture, no plan has been submitted to TH.”

Speaking to the press last week, Zukri said assets that would go to the SPV include the land TH bought from 1Malaysia Development Bhd (1MDB) as well as the fund’s oil and gas and hotel assets.

TH bought a 0.6ha plot at the Tun Razak Exchange from 1MDB for RM188.5 million in 2015 to build a residential tower there, a deal that had sparked public outcry at the time as it was seen as a bailout of the cash-strapped state investment fund.

Zukri and the new team at TH came up with the turnaround plan after it was discovered that the pilgrim fund was in an unhealthy financial position. It overstated assets in order to pay hibah or dividends to depositors.

Minister in the Prime Minister’s Department Datuk Seri Mujahid Yusof Rawa, who is in charge of TH, revealed last Monday that the fund has been in contravention of the Tabung Haji Act since 2014, as it paid out dividends despite having less assets than liabilities.

Given the weaker stock market this year, the deficit would likely be even bigger in FY2018. Hence, the need for the turnaround plan.

The plan is similar to what Pengurusan Danaharta Nasional Bhd did when it took over the nonperforming loans of banks after the 1997/98 Asian financial crisis. Zukri is, in fact, the former managing director of Danaharta.

TH effectively paid dividends using depositors’ savings since 2014, Pricewaterhouse Coopers (PwC) said in a report. PwC was hired by TH to conduct an independent review of the fund’s financial position as at end-December 2017.

Among its key findings was that there were times profits generated by TH were based on transactions that did not generate cash. For instance, a gain from disposal of BIMB shares of RM553 million, which were subsequently bought back by TH; and dividends declared by subsidiaries of RM510 million, of which RM222 million remained unpaid.

“Although the transactions appear commercial, we understand that the intention was to enable TH to report a higher profit for the purpose of distribution to depositors. This would only lead to the hibah being funded out of the cash from the depositors’ savings funds and not the profit declared,” PwC says.

Zukri, who came on board in July, and his team have undertaken an internal probe on TH’s past transactions and investments. So far, three police reports have been made against former top management figures.

Last Friday, Trurich Resources Sdn Bhd, a company co-owned by TH and FGV Holdings Bhd, lodged a police report alleging there was misrepresentation and withholding of information that led to it overpaying for oil palm plantations in Indonesia, which it bought in 2008 and 2009 for US$58 million.

Based on data from RAM Credit Information Sdn Bhd, TH now owns 52% in Trurich. The plantation group had been making losses for at least the last five years to 2016.

The Edge Financial Daily reported on Dec 7, quoting sources, that TH and FGV would likely have to write down their investments in the company.

In 2008, TH — which at the time was the sole owner of Trurich — had approved the latter’s acquisition of green and brownfield oil palm plantations in Kalimantan Utara and Kalimantan Tengah, Trurich said in a press statement.

Trurich alleged that “various misrepresentations” were made, and material information withheld during the board’s deliberations and decisions relating to the two transactions, based on documents available.

“[These] were to the detriment of Trurich, which was misled into overpaying for both the Kaltara and Kalteng land, as well as buying back shares it had already paid for,” said Trurich.

It claims there were also discrepancies in the assessment of the Kaltara land.