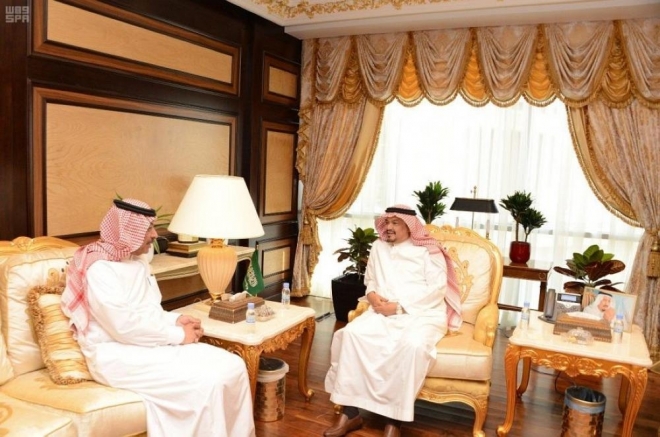 Makkah — Minister of Haj and Umrah Mohammed Saleh Benten and President of the General Authority of Civil Aviation (GACA) Abdul Hakim Mohammed Al-Tamimi agreed on Tuesday to set up a joint action plan to receive 30 million Umrah pilgrims by 2030, one of the most important goals of the Kingdom’s Vision 2030.

Benten said the development of strategies and plans in partnership with GACA will help provide the best services to the guests of Allah in accordance with the directives of Custodian of the Two Holy Mosques King Salman and Crown Prince Muhammad Bin Salman, deputy prime minister and minister of defense.

He said the partnership ensures hassle-free air transport for pilgrims.

Tamimi thanked Benten for the efforts exerted by the ministry in serving the guests of Allah.

He noted the importance of joint work and the need to intensify efforts to achieve the goals of the Kingdom’s Vision 2030 to receive 30 million Umrah pilgrims and provide high-quality services to them.

Tamimi said GACA will implement several initiatives and programs to open up the air transport sector for the private sector during the Haj and Umrah seasons. He said GACA will encourage and support national airlines through several programs to increase the seat capacity to cope with the expected increase in traffic during the Haj and Umrah seasons by supporting airlines to operate additional flights and motivating them to form partnerships with the private sector.

Tamimi said GACA is working to develop the infrastructure in the Kingdom’s airports in view of the increase in the number of pilgrims in line with Vision 2030 to increase the contribution of this vital sector to the national economy.

The joint work plan between the ministry and GACA aims at implementing the open skies policy during the Haj and Umrah seasons to accommodate the increasing number of pilgrims.


⇐ Previous:
Pilgrims build ‘a path of peace’ on road to Makkah
Next: ⇒
It’s not a bailout, says Tabung Haji CEO