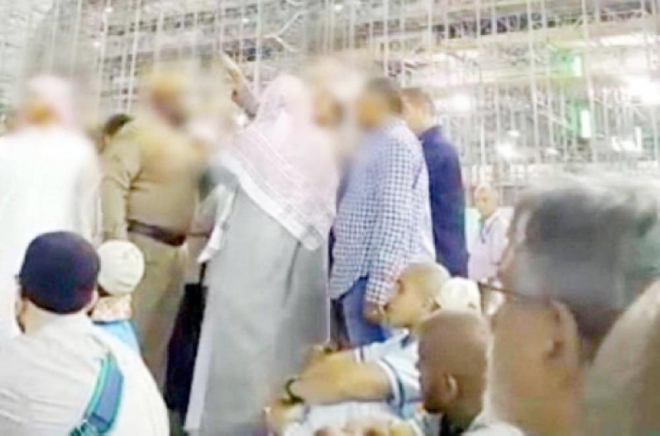 MAKKAH — Police detained a Saudi man in his 30s for attacking a police officer at the Grand Mosque in Makkah.

The problem started when the man defied the instructions given by a member from the Commission for the Promotion of Virtue and Prevention of Vice.

The commission staff called for help from the police who arrived and tried to defuse the situation.

The heated argument continued between the attacker and the commission staff, and in the middle of that, the Saudi man slapped the police officer.

More officers arrived at the scene and slowly defused the friction. They then arrested the Saudi for attacking the police officer and transferred him to the Public Prosecution for further action.