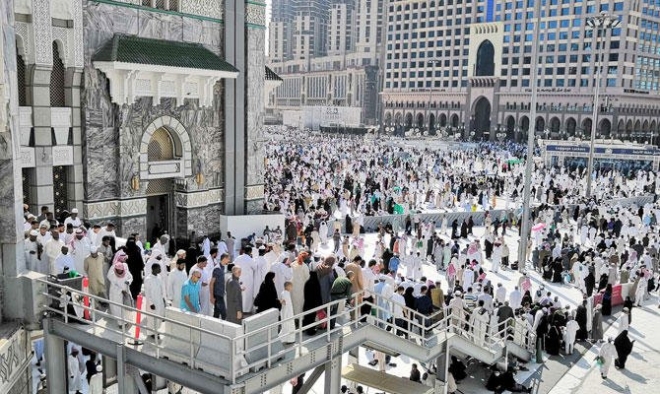 JEDDAH: More than 2 million pilgrims have arrived in Makkah to perform Umrah and visit the Grand Mosque.

Government and private sector entities in Makkah are providing first-class services to the worshippers under the supervision of Makkah Gov. Prince Khalid Al-Faisal and his deputy, Prince Badr bin Sultan.

The General Presidency for the Affairs of the Two Holy Mosques has intensified its services around the clock, including cleaning, maintenance and operation works in the Mataf, the Masaa, the vault, King Fahd’s Expansion, and all the mosque’s levels and compounds.

A guidance service educates pilgrims and visitors on religious matters, and guides them in the proper performance of their rituals. Workshops are held for high-level dignitaries, scholars and lecturers, and Friday sermons are translated into several languages.

Several teams and committees have been formed to monitor markets, food shops and restaurants.

Special security forces at the Grand Mosque have implemented plans for this year’s Umrah season to provide humanitarian, organizational and guidance services to pilgrims.

Pilgrims have expressed their satisfaction with services provided inside the Grand Mosque and its compounds, saying they were able to perform their duties with ease, comfort and in safety.


⇐ Previous:
Hospital without analgesics for two weeks
Next: ⇒
Hajj Expenses to Increase to Rs. 420,000 This Year