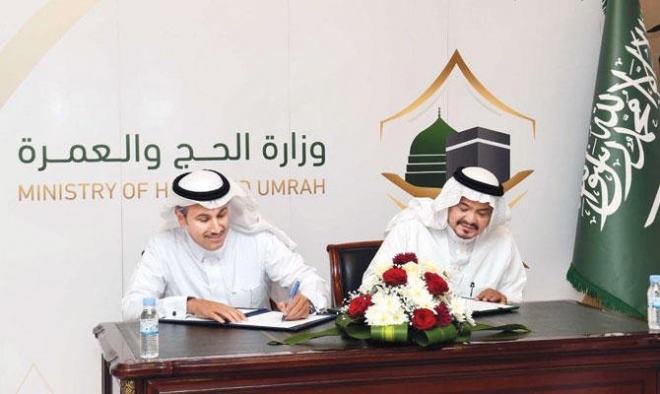 JEDDAH: Officials from Saudi Arabian Airlines signed a memorandum of understanding (MoU) with the Hajj Ministry on Tuesday to increase tourist packages for pilgrims across the globe.

Under the agreement, Flynas, the country’s budget airlines, will be able to tailor travel packages for pilgrims through the Hajj Ministry’s central booking system.

“This new liaison will ensure travelers to the Kingdom are offered competitive prices,” said Bentin.

Plans include increasing the number of direct flights and seating capacity and introducing new destinations through the national carrier.

Al-Jasser said integrating government institutions would enhance productivity across the board and enhance airline sales.

“We are happy to continuously be improving the quality of service to pilgrims year after year,” he said. “We hope to have 30 million pilgrims visiting the Kingdom by 2030.”

Under the MoU, Saudi Arabian Airlines will create a digital platform exclusive for pilgrims.