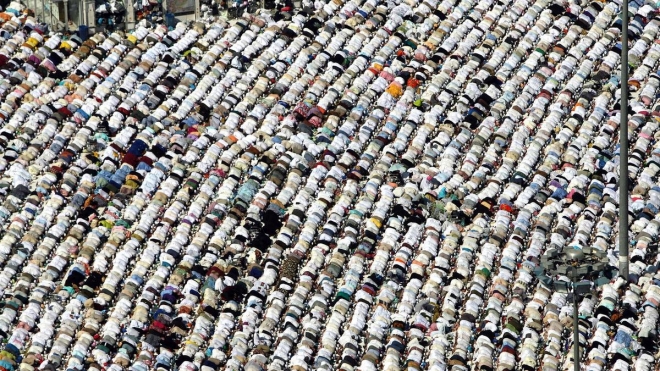 The Federal National Council has urged officials to request a larger quota for Emiratis to perform Hajj.

Each year, Hajj officials in Saudi Arabia allow each country a certain number of pilgrims.

“Have there been calls to Saudi officials to increase the quota for UAE nationals so that Emiratis don't have to wait two years for their turn to come?” said FNC member Sheikh Mohammed Al Nuaimi.

He raised the question to Dr Mohammed Al Kaabi, head of the UAE Authority of Islamic Affairs (Awqaf), who was in attendance at the FNC session on Tuesday.

Dr Al Kaabi said there were 17,000 Emiratis who applied for Hajj last year, and that all the pilgrims who were selected were Emiratis.

“It was the largest number we have ever had,” he said. “The UAE’s official Hajj mission (which regulates pilgrims’ affairs) were all UAE nationals and this is part of our efforts to allow more Emiratis to perform Hajj.”

The authority also proposed to the cabinet an electronic system to receive Hajj applications that gives priority to Emiratis aged 60 and above and people of determination.

“The cost of Hajj have been cut down to make it more feasible – the cost for one pilgrim is now between Dh10,000 and Dh13,000, so even families with three or four members can afford to go,” he said.

The Hajj issue has always been a hot topic at the council’s chambers. Last year, members argued that a number of applications from Emiratis were rejected for no good reason, and that pilgrims were selected on the basis of having a "wasta", or personal connection to someone on the committee.

“I received calls from people who applied to perform Hajj for the first time, but their applications were rejected. Yet others have been going every year to Hajj and they were still approved,” said FNC member Marwan bin Ghlaitha at the time.

Dr Al Kaabi assured him that the new electronic system they had introduced ensures that people cannot go several years in a row, and no wasta is used.


⇐ Previous:
Interviews for Khadim-ul-Hajaj to start from Jan 17
Next: ⇒
Work to widen western plaza of Prophet’s Mosque begins