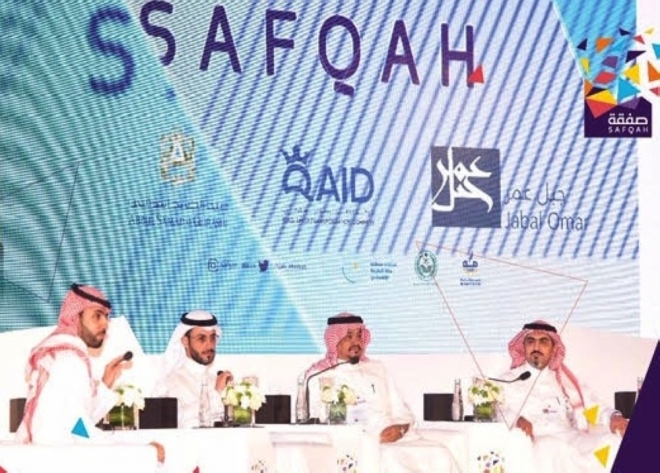 MAKKAH — About 30 percent of pilgrims will receive precooked meals during the upcoming Haj season, Dr. Hussein Al-Sahrif, undersecretary at the Ministry of Haj and Umrah. He said their number was expected to hit 40 percent by 2020. “The catering sector is a promising project with many investment opportunities that Saudi entrepreneurs can utilize, especially as the projected spending by 2020 will reach SR20 billion and SR47 billion by 2030,” Al-Sharif said.

He was speaking at the 2nd edition of “Safqah” (Deal) forum, which was organized by the Makkah Chamber of Commerce and Industry on Jan. 21.

Al-Sharif pointed out that there were many challenges associated with the Haj catering sector, but there are promising opportunities for entrepreneurs. For example, the sector will be supported by specialized vehicles for transporting precooked meals and distributing them among pilgrims in a professional and hospitable manner, he said, adding that many other creative ideas were being implemented.

Haj and Umrah Minister Dr. Mohammad Benten stated that his ministry was about to launch the first Haj and Umrah business accelerator to redirect relevant projects toward micro, small and medium-sized enterprises (MSMEs) led by male and female entrepreneurs.

“We have completed technical procedures and signed agreements with specialized companies to develop the quality of services,” he added.

One of the “Safqah” objectives is to develop the entrepreneurship sector in the holy capital by reviewing opportunities and know-how, and developing the services of tourism, Haj and Umrah systems and support services.

Deputy Minister of Haj and Umrah Dr. Abdul Fattah highlighted the investment opportunities in complementary services in addition to the basic services. The sector is a fertile environment for business and entrepreneurship, which needs creative ideas and a keenness to prepare economic feasibility studies before starting the project, he added.

Haj and Umrah Guest Program Manager Ramy Kensara said there were many investment opportunities for male and female entrepreneurs in the field of gifts and souvenirs. The average spending of each Haj pilgrim or Umrah performer on gifts was SR1,000, he added.

The gift items sold in the holy cities were all imported, Kensara said, while calling for localizing the gifts manufacture in order to financially benefit from developing and selling innovative gift products.