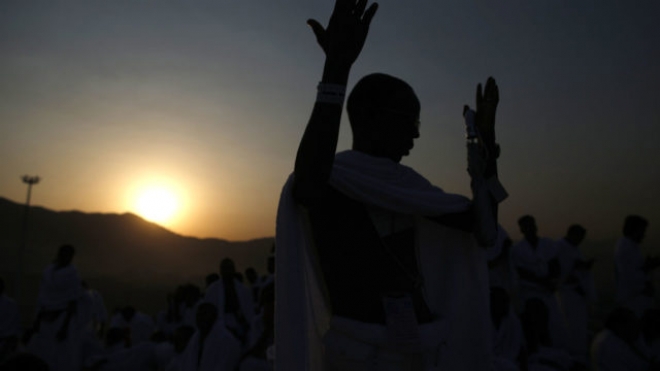 Ahead of the 2019 holy pilgrimage to Makkah and Medina, Kano State Government said it has put in place measures aimed at ensuring a hitch-free exercise.

Executive Secretary, Kano State Pilgrims Board, Alhaji Mohammad Abba Dambatta, said the agency has set the ball rolling with pragmatic action plans to sustain success recorded in previous exercise and forestall all known challenges during the much awaited 2019 exercise.

Dambatta said this is in line with the directive of Governor, Dr. Abdullahi Umar Ganduje,Among areas already receiving attention, according to Dambatta, include sensitization for early payment, pilgrim’s enlightenment, biometric registration and pilgrims’ general welfare.

He referred to the introduction of initial deposit of N1.2million for the 2019 fare which guarantee depositors automatic seat for hajj. The executive secretary said the amount, which captured all expenses exclude the Basic Travel Allowance (BTA) would be determined by National Hajj Commission.He explained that the measures would curb the situation whereby intending pilgrims face difficulties to meet the financial requirement to fulfill the rite.

The trend was evidence in 2018 hajj, where Nigeria and indeed Kano, loss the opportunity to maximize the number of allocated pilgrims as a result of their inability to complete the balance of their hajj fare. Dambatta said: “With the support and approval of Dr. Abdullahi Umar Ganduje, we have commenced preparation for 2019 hajj exercise, early enough to ensure hitch free operation as he has directed.

“Apart from the early preparation for 2019, permit me to underscore this very importantly that, Kano recorded tremendous achievement in 2018. We have no case of missing luggage, no pilgrim elopes or missing except for three pilgrims, who died at the holy land. So, our early readiness and preparation for this year’s exercise is to further compliment and sustain those sterling achievements.

“Presently, we are putting final touches to all require logistics on pilgrim’s welfare in Makkah early enough for 2019 hajj operations, sooner we received the executive approval and support of Governor Ganduje, who has mandated the management to redouble efforts toward ceiling successes recorded during the immediate past hajj,” he explained.

He posited that though the length of spiritual journey to Kingdom of Saudi Arabia for pilgrimage this year is more than six months away, he stressed the cumulative diplomatic exigency and processes involved in transporting hundreds to the holy land requires quality preparation ahead of time.

“The attitude of last minute response of intending pilgrims to raise draft for hajj fare, completion of documentation, attending required medical test and other essential mandatory services left much to be desired. This year, we are starting the process so early enough to check those delay.

“We are starting our biometric data capturing with our intending pilgrims, already we have little above 300. Besides that, we are activated 16 enlightenment centers across zones. The enlightenment will run on weekly basis for two months and immediately after Ramadan, the sensitization will open on daily basis across the 44 local government areas,” he stated. Ahead of time, the Saudi Authorities have sustained continually, investment on Information and Communication Technology (ICT) as well as renewed innovation and cutting-edge facilities deployed to eliminate impediments during the exercise.