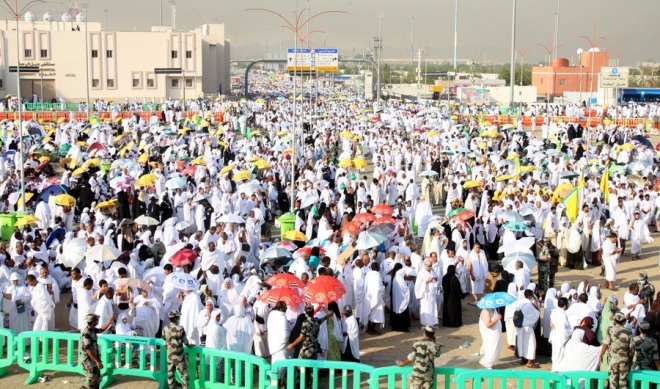 JEDDAH: The Ministry of Hajj and Umrah launched a package of updates for their Maqam e-portal on Thursday, in a move to simplify pilgrimages for Muslim's traveling from outside the Kingdom.

The Maqam portal is an online platform, designed so that Muslims from around the world can apply for an Umrah package digitally. It also compares the prices of competing service providers, checks the status of flights and bookings, and makes electronic visa applications, without the need to travel to an embassy.

It is aimed especially at Muslims traveling from non-Muslim countries, where access to organizations and information for making pilgrimages can be harder to access.

Deputy Minister of Hajj and Umrah Dr. Abdul-Fattah bin Sulaiman Mushat said that the updates would simplify pilgrimages for the 30 million people visiting the Kingdom every year.

The site was updated by the Hajj ministry. (Supplied)

Almost 1.1 million Muslims used the Maqam portal in its trial phase last year, allowing them to choose between over thirty companies providing travel, accommodation and other necessities for the respective trips to Makkah and Madinah.

As well as making life easier for the pilgrims themselves, Maqam has also been a boost for local companies, allowing them to directly target pilgrims around the world with special offers and services tailored to their needs.

Maqam provides e-services in Arabic, English and French, and can be visited at: https://eservices.haj.gov.sa/eservices3