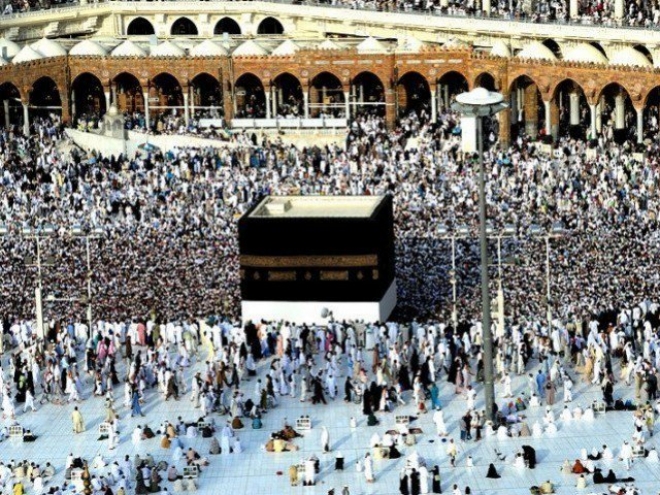 ISLAMABAD: Amid many speculations about the decision on Hajj subsidy, the government has decided to abolish the financial support given to pilgrims.

The decision was taken during the federal cabinet meeting, chaired by Prime Minster Imran Khan, in Islamabad on Thursday.

The high-level  huddle was presented the Hajj policy for 2019 and it was also apprised that the Ministry for Religious Affairs decided to grant subsidy of Rs45,000 to each pilgrim.

However, after being briefed on the government’s Hajj expenses, the federal cabinet decided to end the subsidy and approved the Hajj policy 2019.

Govt’s subsidy on Hajj is permissible: Council of Islamic Ideology

According to the new policy, the Hajj expenses have been divided into two parts, peoples who will be travelling from south zone of the country will have to pay a amount of Rs436,975 and for the north zone the total amount will be Rs4,26,000.

Sourced said that people of age 80 and above and the people who could not be named in balloting for consecutively three years will be able to go for the holy journey without balloting.

The government quota for pilgrims will be 60% and the private travel agencies’ will get a share of 40%. The applications for Hajj will be received from February 20 and 184,210 pilgrims will perform the sacred ritual this year, as per the new policy.

Hajj expenses increase up to 58 per cent

A day earlier, the Council of Islamic Ideology (CII) said that subsidy on Hajj is permissible and the government can provide grants to minimise the expenses of the holy journey.

“The government can grant subsidy on Hajj from any source except Zakat,” CII chairman Dr Qibla Ayaz said.

The PML-N government had sanctioned subsidy of Rs45,000 for each pilgrim during its last tenure.