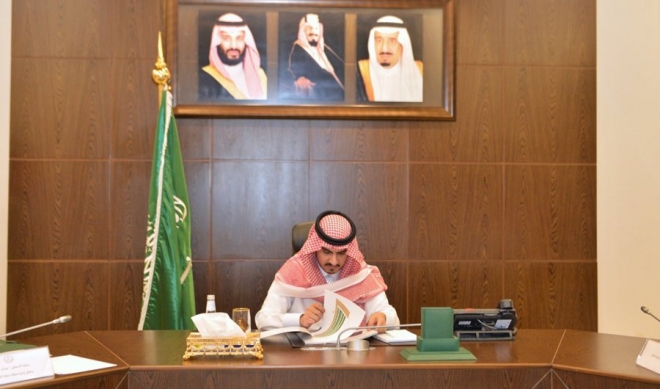 Prince Badr, who is vice president of the authority, was briefed on its organizational links, functions and tasks, including the provision of public utilities.

The meeting was attended by Dr. Ibrahim Al-Sultan, adviser to the Royal Court and a member of the authority, and Dr. Hisham Al-Falih, its executive director.

Prince Badr chaired another meeting in the presence of Dr. Mohammed Salih Bentin, minister of Hajj and Umrah, and Dr. Hisham Al-Faleh, undersecretary of the Makkah region. That meeting reviewed the Hajj and Umrah Ministry’s initiatives to help pilgrims.

The number of Umrah visas issued this year has reached 3,486,363, of which 3,020,686 pilgrims have arrived in the Kingdom, according to data provided by the Hajj and Umrah Ministry.

The weekly data also included the number of Saudi staff within Umrah companies and institutions. They are 10,012 Saudis including 8,285 males and 1,727 females..