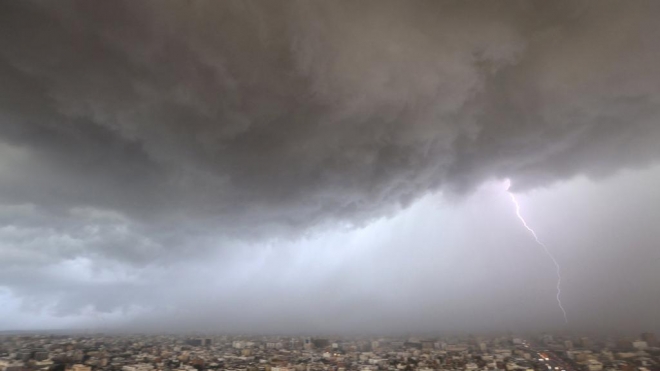 JEDDAH: The General Authority of Meteorology and Environmental Protection in Saudi Arabia has said that thunderstorms and rain are expected over the regions of Makkah, Najran and the Eastern Region.

The authority warned residents in Makkah of thunder rains accompanied by dust-lifting winds in the city and its nearby areas, including Taif, Turba, Al-Khorma, Meysan, and Beni Saad.

Thunder rains are also expected in Najran and Habouna, accompanied by dust-lifting winds as well.

The weather forecast is expected to begin in those areas at 12pm local time on Sunday and will continue until 1am on Monday.

The authority warned residents of the Eastern Region of thunder rains and dust storms that would limit the horizontal visibility.

This will be affecting the regions of Dammam, Dharan, Baqeeq, Ihsaa, Qatif and its nearby areas.

These weather condition are forecast to start at 10am Sunday and would last until 5pm the same day.

Najran will also experience dust storms that would limit the horizontal visibility starting 7:20 p.m. on Sunday and will continue until Monday evening.

In Al-Baha region, the authority said mild to heavy thunderstorms accompanied by hail and active dusty winds that could lead to a torrential runoff.