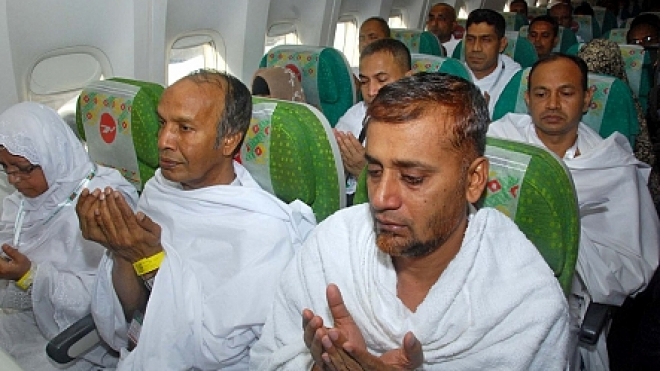 Pilgrims will be required to spend Tk24,645 more this year, the total adding up to a minimum of Tk3,44,000 this year, to  perform Hajj under private management, said cabinet secretary Mohammad Shafiul Alam.

The cabinet approved drafts of the ‘National Hajj and Umrah Policy-2019’ and the ‘Hajj Package-2019’ at a regular meeting chaired by Prime Minister Sheikh Hasina on Monday.

A total of 1,27,198 pilgrims will perform Hajj this year. Of them, 1,20,000 pilgrims will go under Hajj packages offered by the private management, and 7,198 under government management, Cabinet Secretary Shafiul said.

Those performing Hajj must have the Machine Readable Passports (MRP) valid till February 10, 2020.

Those performing Hajj for the second time or more will have to pay 2100 Saudi Arabian Riyals extra.

An agency can send a minimum 150 to a maximum 300 Hajj pilgrims with each of the flights having three Moallems. To perform Qurbani, 5,525 Saudi Arabian Riyals will have to be paid to the Islami Development Bank.

As per the Hajj and Umrah policy 2019 approved by the cabinet, all the pilgrims willing to perform Hajj and Umrah must be financially solvent, and both physically and mentally fit.

Under the previous policy pilgrims had provisions to complete renting of a house by seventh Ramadan. The new policy says the accommodation procedures have to be completed before Ramadan, said cabinet secretary.

All payments including house rent should be paid online while airfare via direct pay order.

A paper mentioning address of the house to be rented for Hajj and Umrah pilgrims will be pasted on the last page of the passport.

Anyone below 18 years of age and willing to perform Hajj should submit the birth certificate.

Although there were provisions to have a guide with every 45 passengers, this time, it has been reduced to one guide for every 44 passengers as the Saudi buses cannot carry over 45 people in a vehicle.