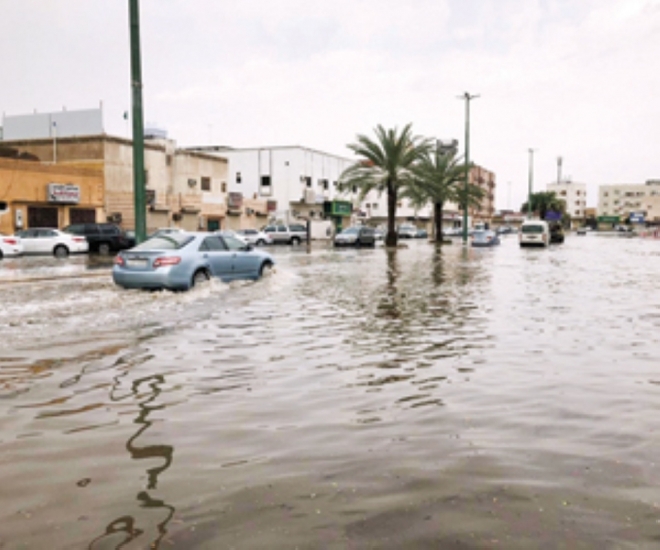 MADINAH — A Saudi citizen has died and another went missing during rain that fell in Madinah over the past two days, the Arabic daily Al-Watan reported on Sunday quoting the Civil Defense.

The Civil Defense teams rescued as many as 111 people who were marooned by floodwater and evacuated 14 families from rain-soaked homes.

The Civil Defense said they closed six agricultural roads, which were partly or totally damaged by floodwater.

The heavy to medium downpour fell on Madinah, Yanbu, Al-Ola, Al-Misaijeed and Khaibar, causing a number of valleys to overflow.

Emir of Madinah Prince Faisal Bin Salman personally followed up the situation resulting from the rain and floods and directed the concerned departments to take quick action to deal with the aftermath. Civil Defense spokesman Col. Khaled Al-Johani did not identify by name the Saudi man who died in the rain but said he was 65 years old. He added that a hectic search was still underway to find the missing person.

He said the 14 families that were evacuated from their houses were accommodated in furnished apartments in Yanbu.

The Civil Defense spokesman said many cars were besieged by water in the valleys and a number of electrocution cases were reported.