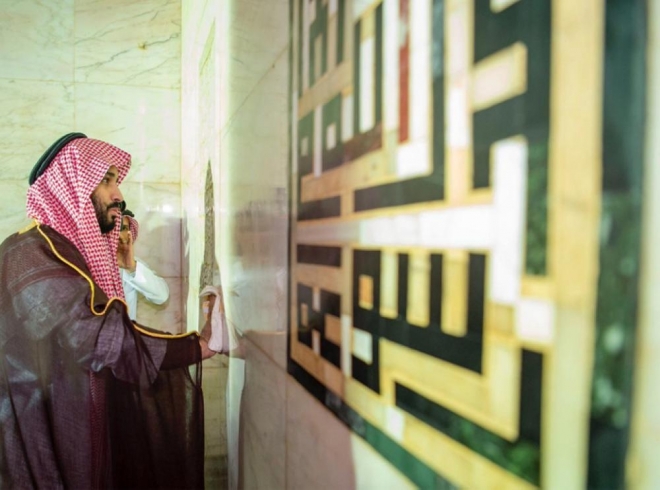 Makkah — Crown Prince Muhammad Bin Salman, deputy premier and minister of defense, reviewed the third expansion project of the Grand Mosque in Makkah during his visit to the Holy City on Monday evening.

The commission is responsible for fulfilling the vision of the Custodian of the Two Holy Mosques to improve services and establish a sustainable system.

Executive Chairman of the Royal Commission for the Holy City of Makkah and the Holy Places Eng. Abdulrahman Addas stressed that the commission will continue its work on a number of issues pertaining to the administration of the Grand Mosque, transportation, road network and other projects.

This Crown Prince visited the Grand Mosque to see the status of the ongoing expansion project. He cleaned the inner walls of the Kaaba and prayed there.

“The port will make the Kingdom a linking point of three continents — Asia, Europe and Africa,” said the Crown Prince in his speech at the launching ceremony.