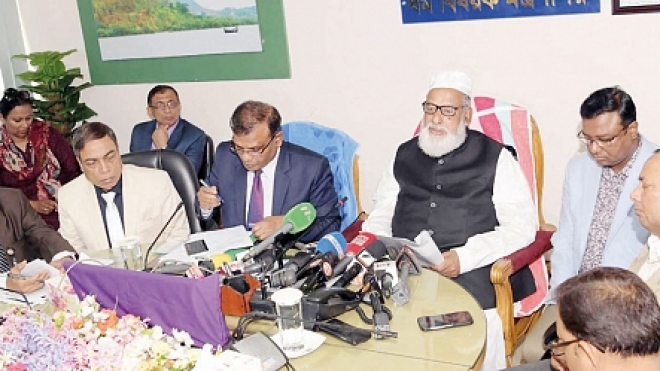 The state minister for religious affairs said that a service charge hike by the Saudi Arabian authorities has resulted in the increased cost of Hajj packages this year.

Speaking to the press at the ministry on Tuesday, State Minister Sheikh Mohammad Abdullah also said that the actual cost of Hajj had been significantly reduced by the government’s efforts.

Pilgrims will be required to spend Tk24,645 more this year, with the total cost adding up to a minimum of Tk3,44,000 to  perform Hajj under private management.

“You may have noticed that the cost under package-1 has risen by Tk20,571 compared to last year. But the Saudi government has increased different costs including a service charge to bring it to Tk24,980,” said the state minister.

No one has the authority to lower the cost set by the Saudi government, he said.

For package-2, Saudi government has hiked the charges to Tk19,035, which is about Tk12,000 higher than last year, said state minister Abdullah.

The junior minister claimed the government has reduced the cost for performing Hajj, but there is nothing we can do if the Saudi government imposed higher service charges.