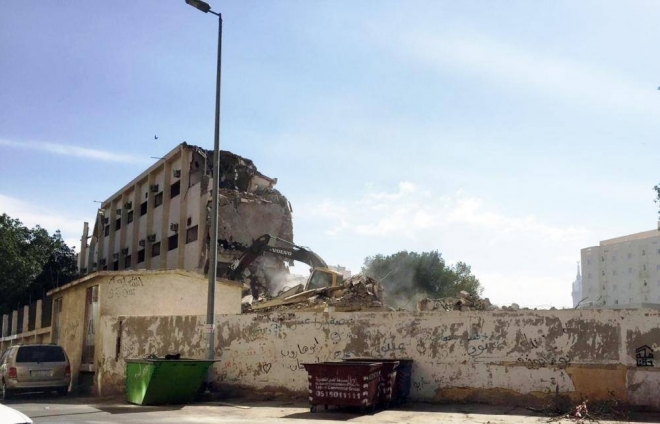 MAKKAH — The education authorities have demolished Al-Zaher Middle School in Makkah, which was established in 1958 (1378 H) and was considered one of the oldest schools in the holy city.

A specialized contracting company began demolishing the building, which was abandoned for more than 15 years.

In a previous report published in Saudi Gazette, residents living in the neighborhood expressed concerns saying the abandoned school building had become a safe haven for illegals.

They also expressed fears that the building could collapse any moment and called on the Ministry of Education, the Civil Defense and other relevant authorities to fix the condition of the building, which once housed the college of education in the city.