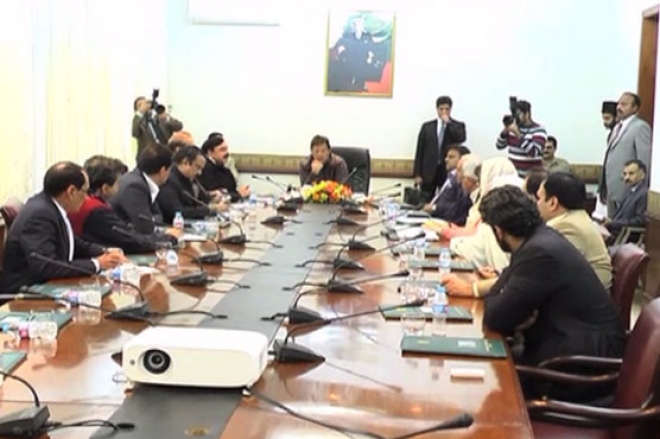 The lawmakers discussed issues related to Hajj subsidy and development funds with the prime minister.

On the occasion,, the prime minister said that the Hajj expenses have increased by 35 percent in Saudi Arabia. He said he knew people save money all over the year to perform Hajj.

The government is paying Rs6 billion interest on daily basis over the debt, the premier explained.

Later in the evening, while addressing a ceremony after inaugurating the Railway Live Tracking System and Thal Express in Islamabad,  Prime Minister Imran khan said he ‘wished sending Pakistanis for Hajj free of charge if the country did not have prevailing shortcomings.’

He said the PTI government is implementing its agenda of the welfare of common man.

The Prime Minister said that uplift of the trains system of Pakistan Railways will be taken with the cooperation of China. He said China is far ahead of other countries in development of train systems and like other areas, we will also seek their cooperation in railways sector to make Pakistan Railways modern and customer friendly passenger service.

The Prime Minister lamented that in previous governments policies were designed to benefit the elite class only. He said loot and plundering of wealth in past harmed the national economy. He said due to NROs, the fear of accountability had vanished.

Our loans jumped to 30,000 billion rupees from 6,000 billion due to corruption and impunity from accountability, he added.

The Prime Minister said government is bringing down expenditures at all levels and all ministries have been directed to reduce their outlays by at least 10 per cent.