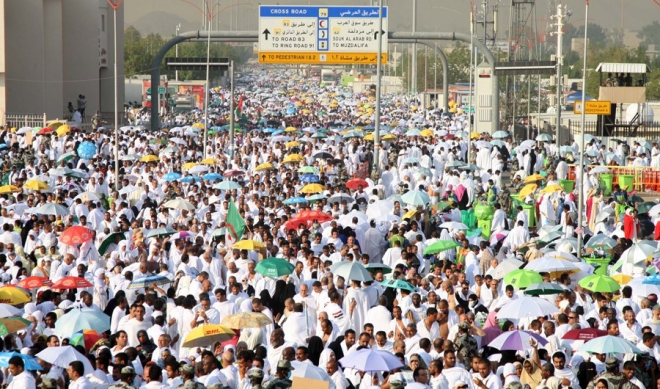 Muslims make up 14 percent of India’s population. Last year, a record 175,000 of them traveled to Makkah for Hajj.

Zafarul Islam Khan, the chairman of the Delhi Minority Commission, said he hoped stronger bilateral ties would be an advantage for Muslims.

“Muslims in India go to Saudi for Hajj and Umrah, and a good relationship between New Delhi and Riyadh assures we will be treated well and given respect,” he said.

He added that the crown prince had sparked a lot of curiosity with his reform measures — aimed at diversifying the economy and opening up the Kingdom culturally — and that people in India, particularly Muslims, were keen to see what deals and agreements would be signed during his visit.

“Muslims in India think very highly of the Saudi-Indian relationship,” said Khan. “The process of redefining the India and Saudi Arabia relationship started long ago. Now what is happening is the consolidation.”

Andalib Akhtar, a New Delhi-based journalist and editor of The Indian Awaz, described the crown prince’s visit as special.

“For any Muslim, it’s a dream to go to Saudi Arabia to perform Hajj or Umrah,” she said.

“It is also a destination for many Indians who seek employment.”

According to Pew Research Center data, India is the world’s top recipient of migrant remittances. Almost $69 billion was sent back to the country in 2015 and $10.5 billion of this sum was from Saudi Arabia.

“The crown prince’s reformist measures have been received positively in the country,” he told Arab News, adding that Saudi Arabia had previously been considered close to Pakistan but that it was now regarded as “a great ally and very dependable strategic partner.”

Shaukat Azam, a university student in the eastern Indian city of Patna, said Saudi Arabia should invest in modern schools in India rather than building more seminaries and mosques.

“The Saudis have been building madrasahs (seminaries) and mosques for a long time now. It is time that investment is made in constructing modern schools and colleges,” he told Arab News.

He also said Muslim families depended on earnings from their relatives working in the Kingdom, and that Saudi Arabia was a “savior” for many.

“I have heard a lot about the crown prince and I hope his visit will not only redefine his relations with the country but also with the Muslim population in general.”

“Almost 200,000 people go for Hajj in Saudi Arabia every year, plus many go for Umrah,” he told Arab News. “Indian Muslims get good respect in Saudi Arabia.”