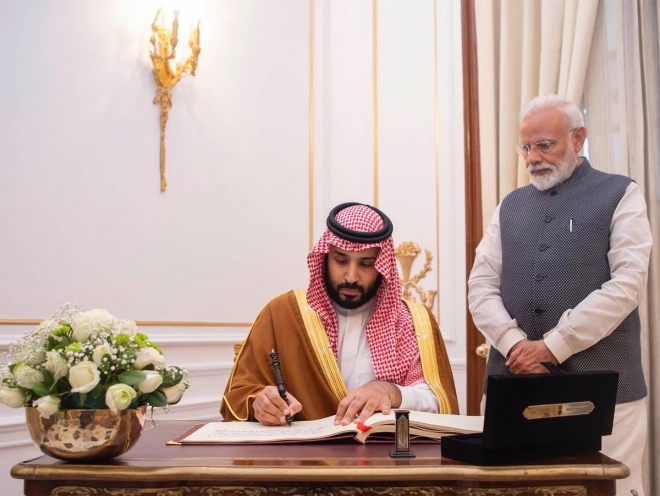 NEW DELHI: Saudi Arabia's Crown Prince Mohammed bin Salman announced the increase in quota for Indian Hajj pilgrims to 200,000 at the request of PM Narendra Modi during his recent visit to the country.

Also at the request of Modi, the crown prince ordered the release of 850 Indian prisoners held in Saudi Arabian jails.

In a joint press appearance after talks with Indian Prime Minister Narendra Modi, the crown prince said: “Extremism and terrorism are our common concerns. We would like to tell our friend India that we’ll cooperate on all fronts, be it intelligence sharing. We’ll work with everyone to ensure a brighter future for our upcoming generations.”

The two countries will start a security dialogue at the level of national security advisers and set up a working group on counter-terrorism, said T.S. Thirumurthy, who handles economic relations at India’s Foreign Ministry.

In a joint press statement, both countries agreed to cooperate in combating terrorism. “Last week, the attack on Pulwama reminds us of the danger terror attacks pose to humanity and we are unanimous in our decision that pressure should be applied to any country promoting terror,” said the statement.

It added: “We have agreed that terrorism should not be supported in any form, and we should put pressure on countries that back terror. To end terror infrastructure, ending support to terror groups and punishing them is essential, so that young people don’t take up arms.”

In an interaction with the media at the presidential palace earlier, the crown prince said: “The relationship between India and Saudi Arabia is in our DNA. Today, we want to be ensured that the relationship is maintained and improved for sake of both countries and with the leadership of Mr. President and the Prime Minister; we can create good things for both countries.”

He said: “I admire PM Modi. He is the elder brother and I am his younger brother.”