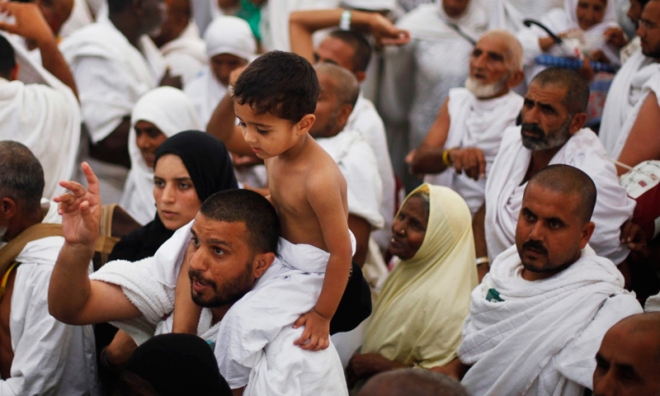 The Saudi Arabian government has included Pakistan in its 'Road to Makkah' project, allowing pilgrims to undergo immigration clearance at Pakistani airports before leaving for Haj, Radio Pakistan reported on Wednesday.

According to the report, Minister for Religious Affairs and Interfaith Harmony Dr Noorul Haq Qadri said in a statement that Prime Minister Imran Khan had brought up the matter during the Saudi crown prince's visit to Islamabad over the weekend.

Riyadh has accepted Prime Minister Khan's request and also decided to provide e-visa facility to Pakistani pilgrims. The minister revealed that now intending pilgrims will be provided visas at their doorstep.

He said the immigration facility is now being extended to Lahore and Islamabad, after Karachi.

In addition, the Saudi foreign affairs minister on Wednesday informed Foreign Minister Shah Mahmood Qureshi over the phone that the Saudi government has decided to increase the Haj quota for Pakistani pilgrims to 200,000 from an existing 184,210 pilgrims.

"I thank the Saudi government, personally, as well as on behalf of Prime Minister Imran Khan, the government of Pakistan and the people for this gesture," Qureshi said while sharing the news on PTV.