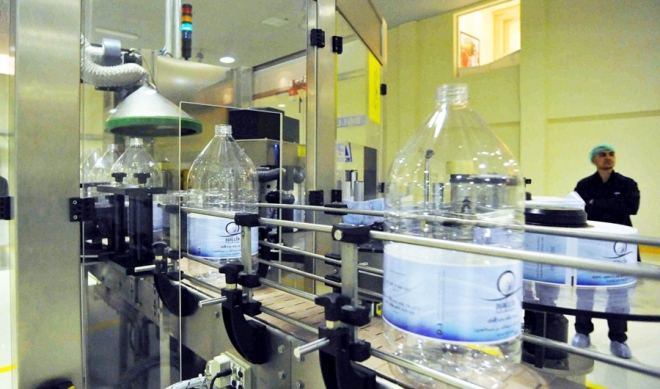 JEDDAH: The very mention of the word “Zamzam” evokes a feeling of awe in the hearts of the faithful. Zamzam water is considered holy in Islam.

It is found in a 30 meter well in the basement of the Grand Mosque in Makkah, about 20 meters east of the Kaaba. The water is believed to possess healing qualities, and is treated with reverence by all Muslims.

The Saudi government takes special measures to ensure there is an uninterrupted supply of the water to the Two Holy Mosques all year round, and to pilgrims during the Hajj and Umrah seasons.

In addition to the King Abdullah bin Abdul Aziz Zamzam Water Project, the Zamzam bottling plant operates with a separate mission under the United Office of Zamazemah in Makkah.

Zamzam water is produced by the King Abdullah bin Abdul Aziz Zamzam Water Project, which is operated by the National Water Co., and whose new bottling plant can produce up to 30,000 liters per hour.

The construction of the new plant began in 2014. Originally consisting of two production lines, a third was added in 2017, which massively increased production capacity. With the water being dispensed into 200 milliliter bottles, it means that the plant can produce well in excess of 150,000 bottles per hour.

The bottles are then distributed to pilgrims upon arrival in Makkah, and, under the Zamzam Water Additional Services program, are also made available near the central area of Makkah’s Grand Mosque and in other holy places, such as Mina and Arafat.

Two further expansion phases are currently underway at the site, which also houses its administrative center, including the management and marketing departments.

Two weeks ago, meanwhile, the Saudi Shoura Council approved a new project proposal by Arbab Al-Tawaif Establishments. The project will aim to enhance the competence of employees in Hajj and Umrah services.

It will also look to restructure Arbab Al-Tawaif, and transform its establishments from individual institutions into companies, working to ensure they provide better standards of service to pilgrims from outside Saudi Arabia.