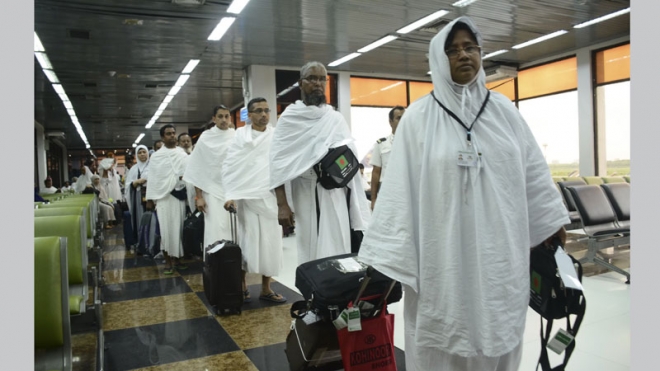 State Minister for Religious Affairs Sheikh Mohammad Abdullah on Sunday said the government is trying to complete the pre- arrival immigration process of the Hajj pilgrims in the country instead of Saudi Arabia from this year.

“We are trying to complete the pre-arrival immigration process of Bangladeshi Hajj pilgrims in the country instead of Saudi Arabia to reduce sufferings of the devotees during immigration process. We hope that we will be able to implement the procedure from this year,” he said at a press conference at his office in the Secretariat, reports BSS.

“I went to Saudi Arabia responding to an invitation of the Saudi government and discussed the matter with their two ministers,” Abdullah said.

A Saudi technical team came to Bangladesh on March 21 last and held a meeting with the Religious Affairs Ministry in this regard, he said , adding that an another delegation will arrive in Bangladesh on April 6 next for this purpose.

Referring to the ongoing registration for Hajj that will continue till March 28, the state minister said a total of 6,057 people so far have done their registration for performing Hajj under the government management while remaining 759 are yet to get registration.

About 75,052 people have done their registration for performing Hajj under private management while 41,694 are yet to get registration under the management, Abdullah added.