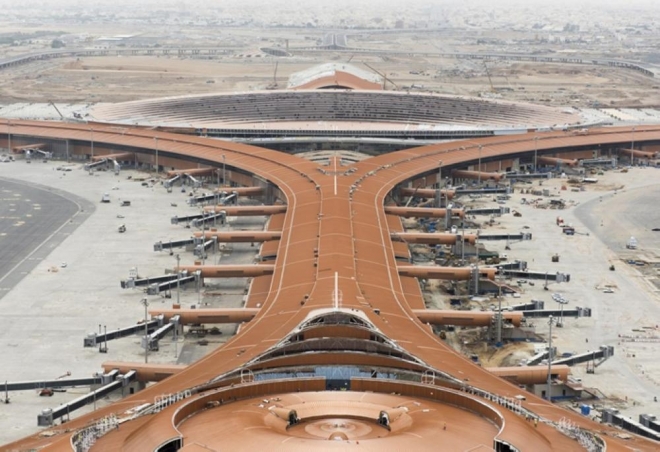 JEDDAH – Saudi Arabian Airlines started on Sunday the second phase of its domestic operation from the new King Abdulaziz International Airport (KAIA) Jeddah with takeoff of a flight to the southern city of Jazan.

By this, Saudia has transferred all domestic arrival and departure flight services between the new airport and 14 domestic airports in the Kingdom.

The Saudia flight left the Jeddah airport for King Abdullah Airport in Jazan, with 125 passengers on board.

The transfer process was smooth in accordance with a strategic plan for the transfer of operations so as not to affect the operation of other flights at the current airport.

During the next two weeks, the second phase of the transferring of more Saudia flights from the new airport to many other domestic destinations will be completed in cooperation with the General Authority of Civil Aviation (GACA) and the airport administration.

The new airport had the soft opening on 29 May 2018 with the landing of a domestic flight from Al-Qurayyat.

Located 19 km north of the Jeddah city, the airport is regarded as a world-class iconic and high-tech gateway to the Two Holy Mosques.

The airport, one of the largest aviation hubs in the world, will be a smart, environment-friendly, unique landmark of the Arab and Islamic architecture. In the first phase, the airport will handle 30 million passengers per annum. -- SG/SPA