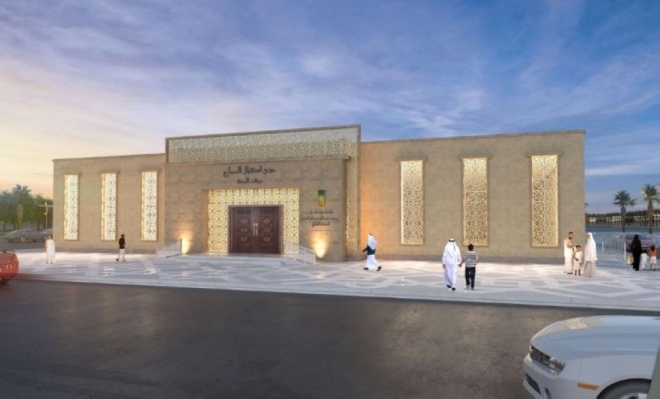 JEDDAH — Hassan Abbas Sharbatly Foundation (HAS Foundation) has recently launched its innovative, award-winning “Miqat Rituals and Culture” initiative, which aims to transform the miqat experience for those wishing to perform Haj and Umrah.

In Islamic religious terminology, the miqat refers to the boundary where it becomes necessary for pilgrims to make the intention of entering the ihram, a state of consecration when certain otherwise permissible things become impermissible, and adorn special ihram garments in the case of male pilgrims.

If a pilgrim crosses the miqat boundary except in a state of ihram, he or she is bound to make expiation by sacrificing an animal in Makkah or by fasting for 10 days.

HAS Foundation’s initiative has won the Cultural Excellence Award, which falls under Makkah Excellence Awards. The initiative is based on rehabilitating Miqat Al-Juhfa site, which is dedicated for pilgrims from Syria, Egypt and North African countries.

“The initiative comes to boost the Haj and Umrah services, support the guests of Allah and complement our government’s efforts in this regard,” Abdullatif Al-Nuqali, HAS Foundation’s general supervisor, said.

“Three months ago, we proposed a plan to build a modern site in Al-Juhfa. The new site will have the capacity to accommodate 500 people and include all the services and amenities that are going to be provided freely. It will also have a modern park,” Al-Nuqali further explained.

The initiative goes in line with the Guest of Allah Service Program, a major component of the Kingdom’s Vision 2030. — SG