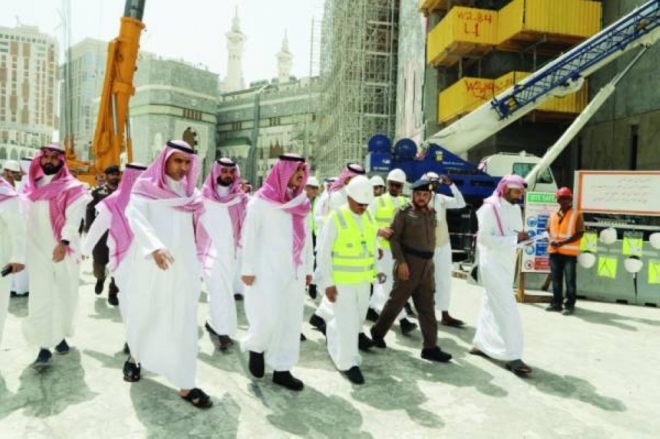 MAKKAH — Emir of Makkah Prince Khaled Al-Faisal has approved the establishment of three new Islamic museums in the holy city in addition to a seasonal exhibition.

The museums will be located at the headquarters of Jabal Omar Company under the supervision of the Authority for the Development of Makkah.

The emir gave his consent to the establishment of the museums during a meeting at the governorate attended by his deputy Prince Badr Bin Sultan.

During the meeting, Prince Khaled was briefed about the contents of the three museums and the seasonal exhibition.

One of the museums, named “Glory and Beauty”, will focus on the names of Allah, the second named the “Good Ethics” will highlight the noble manners of the Prophet Muhammad (peace be upon him), and the third to be named “Features of the Grand Mosque” will highlight the uniqueness and peculiarities of the mosque for the pilgrims and visitors to watch.

The seasonal exhibition will highlight the lives of the Prophet’s companions.

The authority said the museums and the exhibition were aimed at enriching the knowledge culture and promoting the spiritual concepts and behavior of pilgrims and visitors so as to achieve the objectives of the Kingdom’s Vision 2030.

Prince Badr on Tuesday made an inspection tour of the Grand Mosque to check on its preparedness to receive the large number of Umrah pilgrims and visitors during the holy month of Ramadan.

The prince also visited the one-km-long Jarwal tunnel, which is facilitates the movement of pedestrians to and from the Haram plazas.

All the levels of the third Saudi expansion in the Grand Mosque will be open during Ramadan to accommodate more than 280,000 worshippers.