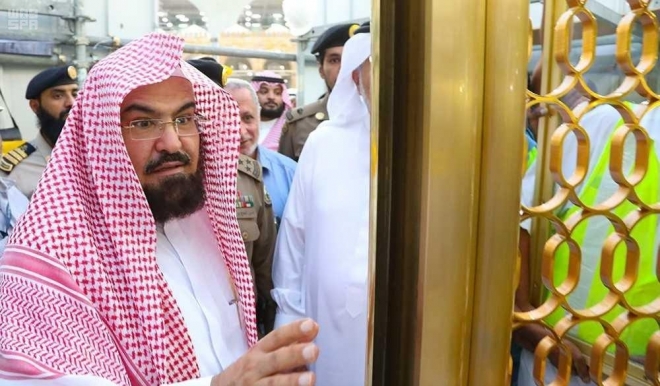 RIYADH — More than 6.2 million Umrah visas have been issued since the beginning of the current Umrah season in October 2018. As of Thursday, April 25, a total of 5,703,775 pilgrims arrived in the Kingdom to perform Umrah. A total of 6,238,255 visas were issued to prospective pilgrims, according to the weekly report issued by the Ministry of Haj and Umrah.

The number of pilgrims who left the Kingdom after performing Umrah and visiting the Prophet’s Mosque in Madinah reached 5,251,595. There are 452,180 Umrah pilgrims currently in the Kingdom — 318,423 in Makkah and 133,757 in Madinah — the Saudi Press Agency reported quoting the ministry.

Meanwhile, Sheikh Abdurahman Al-Sudais, head of the Presidency for the Affairs of the Two Holy Mosques, inspected on Friday the progress of the ongoing maintenance works of Maqam Ibrahim (station of Ibrahim), close to the Holy Kaaba. The Maqam refers to the stone on which the Prophet Ibrahim stood on while he was building the Kaaba along with his son Prophet Ismail. Sudais has given instructions to complete the work before the advent of the holy month of Ramadan, which witnesses the peak annual Umrah season. — SG