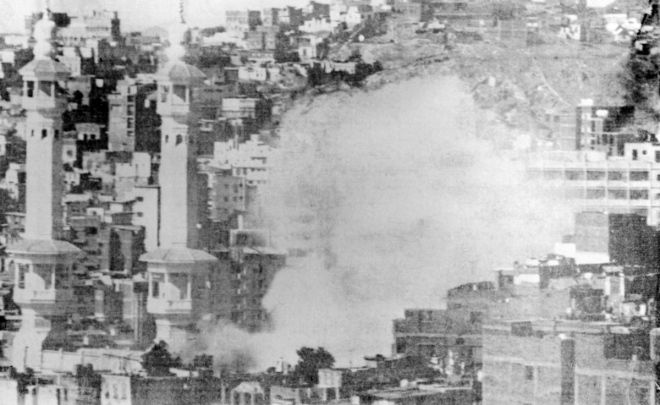 JEDDAH: Al-Asoof (‘Winds of Change’) was a big hit for last year’s MBC Ramadan lineup. Now the next instalment is due to air over the Holy Month and depicts events surrounding the 1979 terrorist attack at the Makkah Grand Mosque orchestrated by Juhaiman Al-Otaibi and his group of followers.

It focuses on a Riyadh family at a time of great transformation in the Kingdom.

The second season delves into the aftermath of the massacre, its impact on the wider Saudi society as well as the rise of the Islamic Awakening movement.

formation of the present society.

“I believe that MBC to have the courage to tackle a very important and long-lasting effect of the Juhaiman incident is something very important,” he told Arab news.

“Discussing important events and issues have to come available for media to evaluate, criticize, develop, and look into,” Jaber said.

He added that MBC’s message in producing such a show, as a media company, was to make compelling television for its core Saudi audience.

“They (MBC Group) want to reflect and expose the reality of their audience’s life leading up to Juhaiman who turned life in Saudi Arabia upside down and pushed the country and society to a more conservative way of life.”

Relevancy is key according to Jaber.

He said that bringing forth a true image of Saudi Arabia before the Awakening Movement was an important part of the drama.

He added: “We believe that life in the pre-Awakening Saudi Arabia was a different life from what it is now, we see that the openness and the good beautiful life was always there in the Kingdom.”

Commenting on Saudi Arabia’s current transformation, he said: “The message is that Saudi Arabia now opening up is something hugely important and it requires diving deep into.”

Al-Asoof 2 is set to be broadcast for MBC channel 1 exclusively in Ramadan.