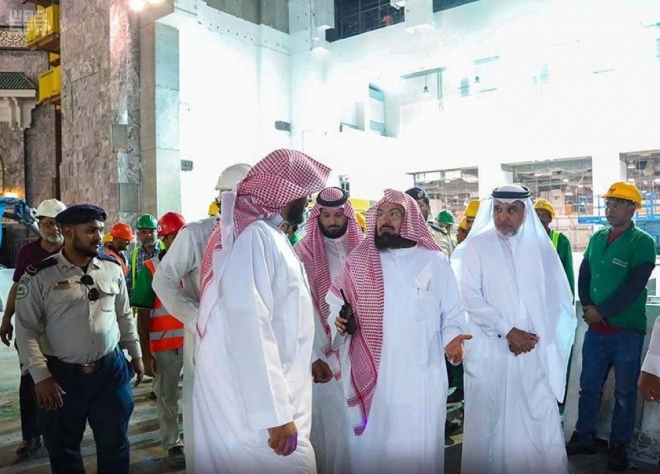 MAKKAH – Sheikh Abdurahman Al-Sudais, head of the Presidency for the Affairs of the Two Holy Mosques, has ordered the opening of King Abdulaziz Gate, main entrance to the Grand Mosque, for Umrah pilgrims and worshippers before the advent of the holy month of Ramadan.

He also directed officials and departments to finish the ongoing construction and maintenance work in preparation for the holy month, which is a week away.

Sheikh Sudais made the remarks during an inspection tour of the work site at King Abdulaziz Gate on Monday. Senior officials of the Presidency accompanied him.

Meanwhile, the civil defense forces have completed preparations and arrangements to ensure the safety of pilgrims and worshippers who are expected to throng the Grand Mosque in Makkah and the Prophet’s Mosque in Madinah during Ramadan.