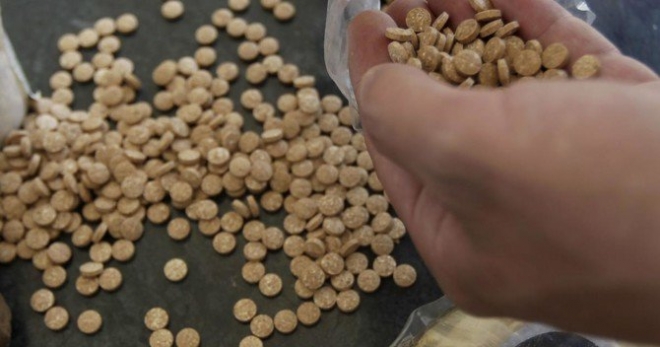 RIYADH: The Halat Ammar Customs on the Kingdom’s northwestern border prevented two attempts to smuggle a quantity of 184,737 Fenethylline tablets, also known by the brand name of Captagon.

The pills were discovered hidden on two buses that were transporting passengers to the Kingdom’s holy sites.

Mohammed Qaisi, the customs general manager, said the first bus was carrying 47 passengers and after the customs procedures were finalized and the passengers were processed, a bag containing 100,000 tablets was found.

“The narcotics were hidden in an artistic way and were placed inside the bag’s lining,” he said.

Qaisi also said the second attempt was thwarted in a similar way. The other bus was transporting 31 passengers, on which a total of 84,737 Captagon pills were seized.

Saudi Arabia usually witnesses a rise of smuggling attempts during the Umrah and Hajj seasons, as they are exploited by smugglers trying to transport narcotics and other contraband.

Saudi Customs said it is exerting great efforts and working with all its human and technical capabilities to prevent the entry of illegal substances.