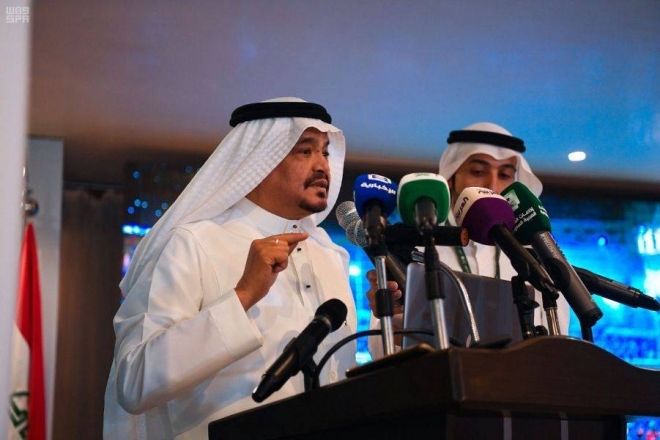 MAKKAH — Minister of Haj and Umrah Mohammed Benten said that Saudi Arabia welcomes the arrival of any Muslim from all over the world to perform Haj and Umrah regardless of their different cultures and languages and without any discrimination.

He said the Saudi authorities are extending all facilities and services to enable them perform their rituals in ease and comfort. The minister made the remarks during a press conference in Makkah on Tuesday night.

Benten, who is also chairman of the Guests of God Service Program, said that the program, which consists of over 130 initiatives, would bring about a further qualitative leap in the facilities and services being offered to the Haj and Umrah pilgrims. Custodian of the Two Holy Mosques King Salman launched the program in Makkah on Tuesday.

In the preparation and planning phase of the program, there have been more than 192 points of contact made with the Haj and Umrah pilgrims, Benten said.

“Being one of the programs of the Kingdom’s Vision 2030, the program received great attention from King Salman and big support from Crown Prince Muhammad Bin Salman, deputy premier and minister of defense, so as to ensure the best ever possible facilities and services for the pilgrims,” he said, adding that more than 32 government and hundreds of private agencies will take part in implementing the program that facilitates and harnesses all potentials in the services of the Guests of God.