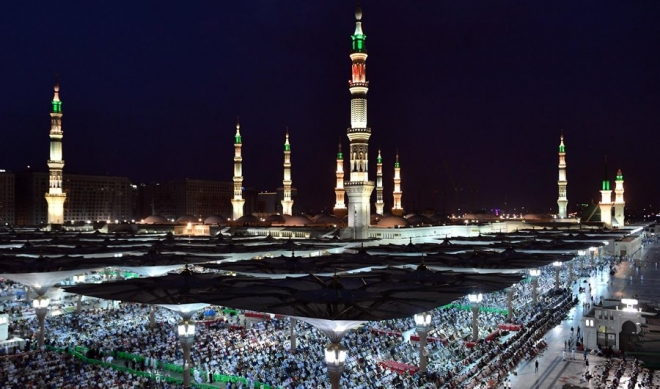 MADINAH: Visitors to the Kingdom have praised the efforts of the Saudi government to serve Islam and Muslims around the world, through development projects to improve and preserve the Two Holy Mosques in the cities of Makkah and Madinah.

A number of visitors at the Prophet’s Mosque in Madinah praised the efforts of King Salman and Crown Prince Mohammed bin Salman to improve services provided to visitors and Umrah pilgrims.

Visitors praised security measures, comfort facilities and the guidance they received during their journeys.

Bilal Bouziane, a visitor from Algeria, called Saudi Arabia the “beacon of Islam and peace for the whole world.”

Jaafar Ahmed, from Sudan, commended the efforts of the Kingdom in the service of Islam, Muslims and humanity, pointing to the 14th Summit of the Organization of Islamic Cooperation, currently being held in Makkah, as proof of its dedication to modern, tolerant and moderate religion.

Salih Abdulmajid from the UK praised the government’s keenness to improve services provided to visitors, as well as the implementation of large projects to ease the performance of holy rituals, while Ghulam Murtada, from Pakistan, lauded the continuing expansion of the Two Holy Mosques to allow more Muslims to visit the holy sites.

More than 1,300 volunteers are providing assistance around the clock to pilgrims at the Prophet’s Mosque. SPA Madinah