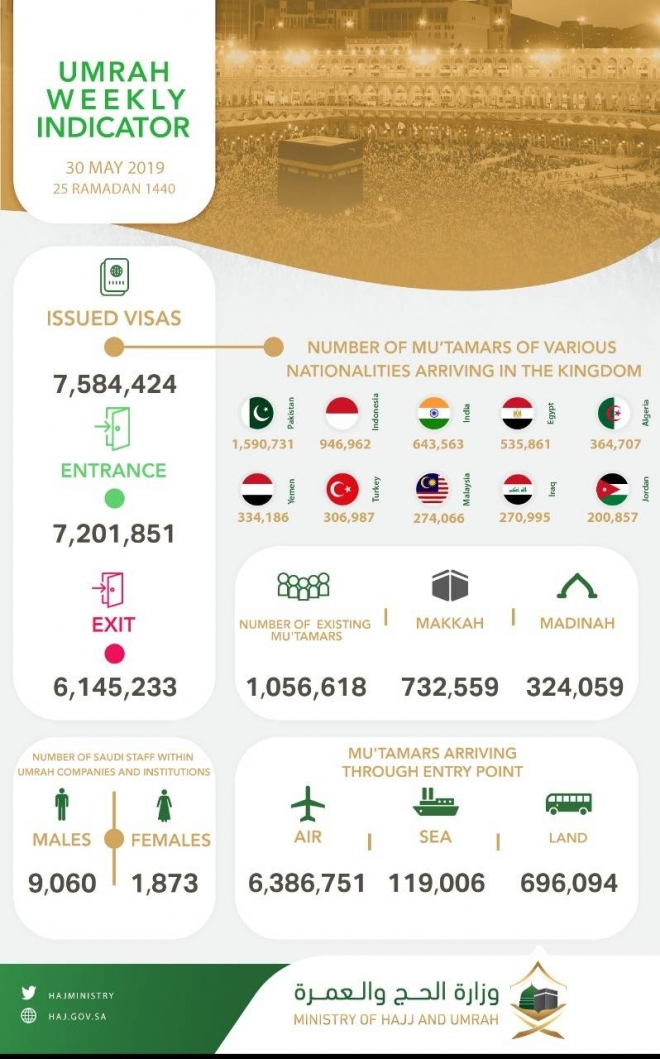 JEDDAH —The Ministry of Haj and Umrah, which launched the Umrah weekly indicator at the beginning of Hijri year 1440, released the weekly stats till Thursday after accessing information such as the number of visas issued, number of pilgrims visiting the Kingdom via air, land or sea, and how many would be in Makkah and Madinah.

The weekly data also included the number of Saudi staff within Umrah companies and institutions. They are 10,933 Saudis including 9,060 males and 1,873 females.

The weekly indicator was launched to enable authorities to track the number of pilgrims coming into the Kingdom, and in turn, enrich their experiences by providing high-quality services.

This initiative is one of the main aims of Vision 2030, which aspires to attract over 30 million Umrah pilgrims and provide them with excellent services and an outstanding experience. — SG