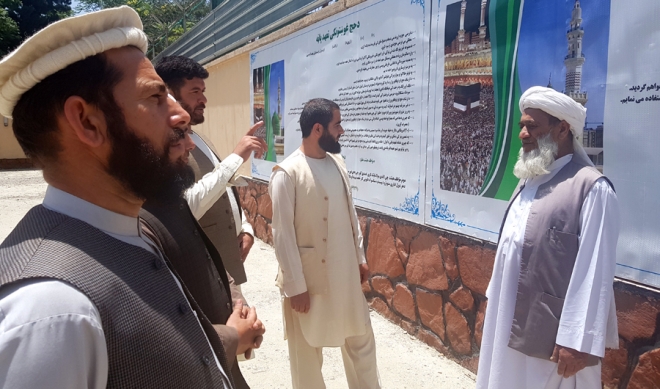 KABUL: Faced with a huge backlog of applicants, with some waiting for years to perform Hajj, the Afghan government has introduced a $500 fine for those visiting Saudi Arabia for the second time, officials said on Tuesday.

The country’s Ministry of Religious Trust and Hajj has also launched a campaign to encourage pilgrims to avoid frequent visits and instead help poor countrymen as the humanitarian crisis and poverty grinds on, the head of publication for the ministry said.

“We have set up a database showing names and details of visitors and those making a second or third trip without a reason will be fined $500,” Nader Darez told Arab News.

Afghanistan’s annual quota for visitors to Islam’s holiest site, Makkah, stands at 30,000 people. Tens of thousands of people wait for years to get the chance to visit, but for various reasons, one being corruption, many of them cannot go.

Darez said as part of a move to cut graft and embezzlement several government organs this year will oversee the Hajj arrangement.

The first flights carrying pilgrims to Saudi Arabia will depart in two weeks’ time and government has yet to complete training guides and teachers for the Hajjis, he said.

The cost of one visit stands at $2,750 while tens of thousands perform Umrah during other times of the year. After the visit some pilgrims, as part of tradition, throw lavish food parties and give expensive gifts back home.

However, some have put an end to this practice.

Mir Agha, a resident from Kabul who has been to Hajj, welcomed the government move for trying to deter frequent visitors through the imposition of a fine and its campaign for encouraging them to help the poorer people in Afghanistan.

“If you are rich and capable physically, you are required to visit Makkah once in your entire life. Repeated visits are a waste of money and have no remuneration. Instead, God wants us to help our poor relatives and neighbors with that money,” he told Arab News.

Taj Mohammad Ahmadzada, who has been to Hajj said patronage, nepotism and graft still existed in Hajj visits, but added that the government had succeeded in putting forward some measures to make sure that visitors have better accommodation, transport and food.

“We have a saying that you can mock with anything, but not with the beard of your grandfather. People pay bribes for many things here and to pay a bribe for going to Hajj is a biggest sin both for the taker and giver,” he said.