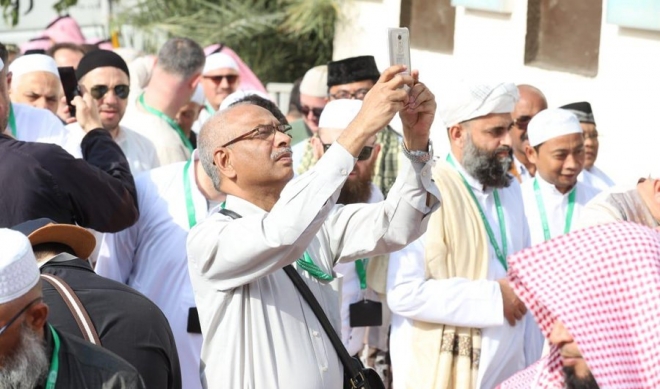 JEDDAH: Millions of Umrah pilgrims are to be granted the freedom to visit anywhere in the Kingdom during their stay, the Saudi Cabinet decided on Tuesday.

Muslims making the holy pilgrimage will be allowed to tour anywhere in the country as part of Saudi Arabia’s plans to boost tourism and the economy.

“The Cabinet has decided to exclude people coming to perform Umrah and to visit the Prophet’s Mosque (in Madinah), of the prohibition of movement outside Makkah, Madinah, and Jeddah. A royal decree has been prepared to this effect,” the acting media minister, Issam bin Saeed, said in a statement to the Saudi Press Agency (SPA).

Previously, Umrah pilgrims were restricted to the holy cities of Makkah and Madinah and the port city of Jeddah.

Vision 2030 aims to increase the country’s capacity to welcome Umrah visitors from 8 million to 30 million every year.

Nearly 8 million Muslims will perform Umrah in the Kingdom this year, and the Cabinet’s move will enable them to enjoy a broader experience of Saudi Arabia by visiting key landmarks, historic sites, tourist attractions and shopping centers.

“We are looking to enrich the experience of pilgrims and facilitate their arrival,” Dr. Amr Al-Maddah, chief planning and strategy officer at the Ministry of Hajj and Umrah, told Arab News. “Traveling around the Kingdom is an opportunity for pilgrims to visit cultural and tourist sites.

“At the same time, they will be allowed to arrive at any port in the country which will facilitate their arrival and expand the capacity to receive more pilgrims.”

Muslims on Umrah pilgrimage can now have the option to visit many of the Kingdom's historic attractions, such as the ancient city of Al-Ula, shown in this photo with a concrete road connecting the abandoned to the modern city.

In the past, pilgrims were allowed to convert their visas into a tourist visa on the condition that they were registered with a tourism program. “This is no longer a requirement,” said Al-Maddah.

Pilgrims may also want to visit the myriad attractions of the mountain region of Asir, such as this heritage site. (SPA)

He added that they would now be free to plan visits to other Saudi cities, tourist destinations, festivals and events, within the period of their visa validity.

Al-Maddah said: “We want to make it available to everyone in order to enrich the experience of the pilgrims, which is one of the goals of Vision 2030.”

He noted that the authority responsible for implementing the Cabinet’s decision would be the Interior Ministry.

The Eastern Province also offers a long list of choices for tourists, including the heritage site of Al-Ahsa. (SPA)