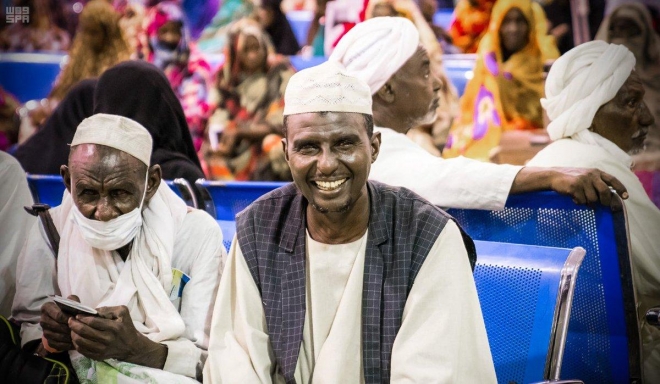 JEDDAH: Saudi Arabia has welcomed the first group of Sudanese Hajj pilgrims to arrive in the Kingdom by sea.

The president of the Saudi Ports Authority (MAWANI), Saad bin Abdul Aziz Al-Khalb, and other dock officials greeted 1,633 pilgrims as they disembarked at Jeddah Islamic Port following their voyage from Sawakin in Sudan.

Al-Khalb said the operational plan prepared for this year’s Hajj aimed to receive 22,000 pilgrims through Jeddah Islamic Port, a 37 percent increase on 2018. He added that 22 trips using four ferries were planned, representing a 29 percent rise in the number of sea journeys on the previous year.

The authority, in cooperation with different government sectors and agencies, aims to ensure Hajj pilgrims’ comfort during their stay in the Kingdom.

Jeddah Islamic Port will receive pilgrims until Aug. 6 and more than 266 personnel will be involved in overseeing this year’s Hajj season. These workers will include maritime pilots, ship captains, technical and operational supervisors, security teams, staff responsible for operations at the station, and technical affairs managers.