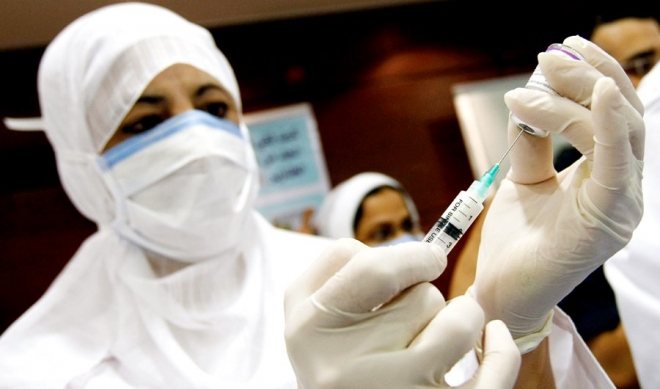 The ministry has issued guidelines saying that it requires the teams accompanying pilgrims to comply with technical requirements that include the mission having at least one physician per 1,000 pilgrims and at least 20 percent of the physicians in the medical mission having public health qualifications.

Teams should have a valid medical waste contract with a certified local company that covers the Hajj season, their clinics should include at least one infectious diseases isolation room that meets Health Ministry standards and the medical mission should commit to reporting notifiable infectious diseases to the Saudi health system using approved reporting methods.

Indonesia is sending the largest number of Muslims on Hajj and this year 231,000 Indonesians will visit.

“We have a team of 308 health officers that include specialist doctors, general physicians, sanitarian and health promotion staff,” he said.

He added that 231 members of the team are doctors and the rest include pharmacists, paramedics and support staff.

Singka told Arab News that they have clinics in Makkah, Madinah and mobile teams at the airports. “We have brought medicines from Indonesia,” he said.

Asked about having a valid medical waste contract with a certified local company, he said: “Yes, we have arrangements with the local company.”

Regarding clinics including at least one infectious diseases isolation room, Singka said: “We have an infection room, and make such arrangements every year. Our clinics have been inspected by the MoH officials in Makkah and Madinah.”

“We are very happy for all their assistance,” he said. “If there are cases of infectious disease we immediately refer them to the local Saudi hospital for laboratory examination and advance medication.”

“We are very happy with the support from the Saudi health ministry,” he said.

Noor Rahman Sheikh, consul general of India, told Arab News: “We have a team of 638 delegates that include specialist doctors, general physicians and support staff.”

Of the total staff, there are 170 doctors, 185 paramedics and 283 administrative staff supporting the mission. “The government of India sends medicines and we follow the ministry guidelines as required,” he said.