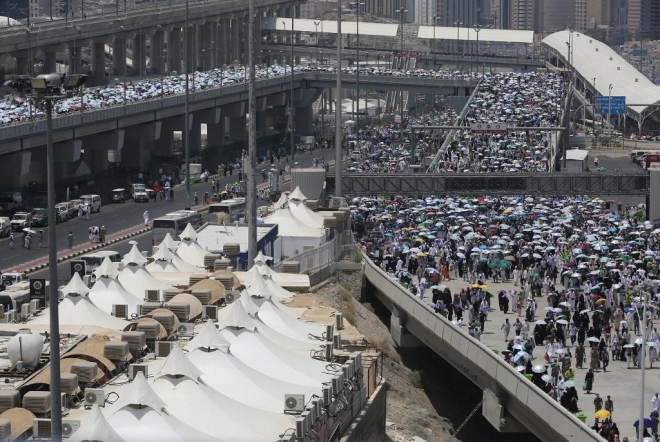 CHRISTCHURCH: King Salman’s Hajj offer to host families of those affected by March’s Christchurch terror attacks is “something really special,” said the president of the Muslim Association of Canterbury, Shagaf Khan.

The Saudi king has offered to host and cover the expenses of 200 Hajj pilgrims when they journey to Makkah this year.

Khan said people will be both financially and spiritually supported during the journey. “For some of them, it’ll be a great comfort feeling like they’ve fulfilled the obligations of being a Muslim,” he added.

Khan said a trip to Makkah would normally cost around 10,000 New Zealand dollars ($6,769), but King Salman’s offer would cover pilgrims “from the time they leave their house and come back.”

When asked what the offer would mean for Canterbury’s Muslim community, Khan said it is part of the solidarity and support that has been shown to them since the Christchurch terror attacks, which claimed the lives of 51 people.

“Four months on … people still feel supported and they feel they’re still being remembered,” he added.

Sheikh Mohammed Amir, who is working closely with the local community, Saudi Arabia’s Embassy and its Ministry of Islamic Affairs to implement King Salman’s offer, said it will be available for those who had lost family members or been injured in the mosque attacks.

Canterbury’s Muslims are “very appreciative” of the offer, added Amir, who is chairman of the Islamic Scholars Board of New Zealand.

“I’ll say with full confidence that this will be a big relief for the deceased’s families, for the victims, for all those who’ve been injured and affected,” he said.

When asked how the organization of the pilgrimage is going, Amir said “so far, so good,” but added that it has been challenging without official records to track everyone down.

He said it is an honor and a responsibility to help organize the pilgrimage, which he has been helping to plan since the end of Ramadan. “People are very excited about it,” he added.

He said he believed that the king’s offer had been made to help people’s rehabilitation after the terror attacks.

“The community believes he’s going to contribute in building Christchurch and bringing people to a normal life,” Amir added.