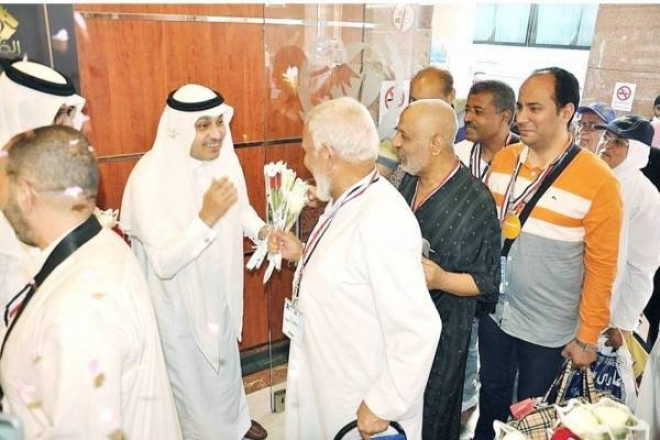 JEDDAH — The Saudi Ground Services Company has mobilized all its efforts and potential to extend outstanding ground services to the passengers at the Kingdom's 27 airports and has specifically assigned more than 7,000 staff members to serve the pilgrims King Abdulaziz International Airport in Jeddah and Prince Muhammad Bin Abdul Aziz International Airport in Madinah.

The company is extending handling services at all the lounges and halls as per established international standards for the comfort and welfare of the passengers especially the pilgrims.

The company's executive committee held a meeting at KAIA under its chairman Khaled Al-Buainain and discussed its arrangements for this year's Haj.

Meanwhile, the Directorate General of Passports (Jawazat) has announced that as of Saturday afternoon many as 515,016 pilgrims have so far arrived in the Kingdom.

On the other hand, the first batch of Egyptian pilgrims arrived in Madinah on Friday and were transported by buses to their accommodation places in the central area around the Prophet's Mosque.

They were received at the airport by senior officials from the Ministry of Haj and Umrah and the tawafa establishment who welcomed them with roses, Zamzam water and dates.