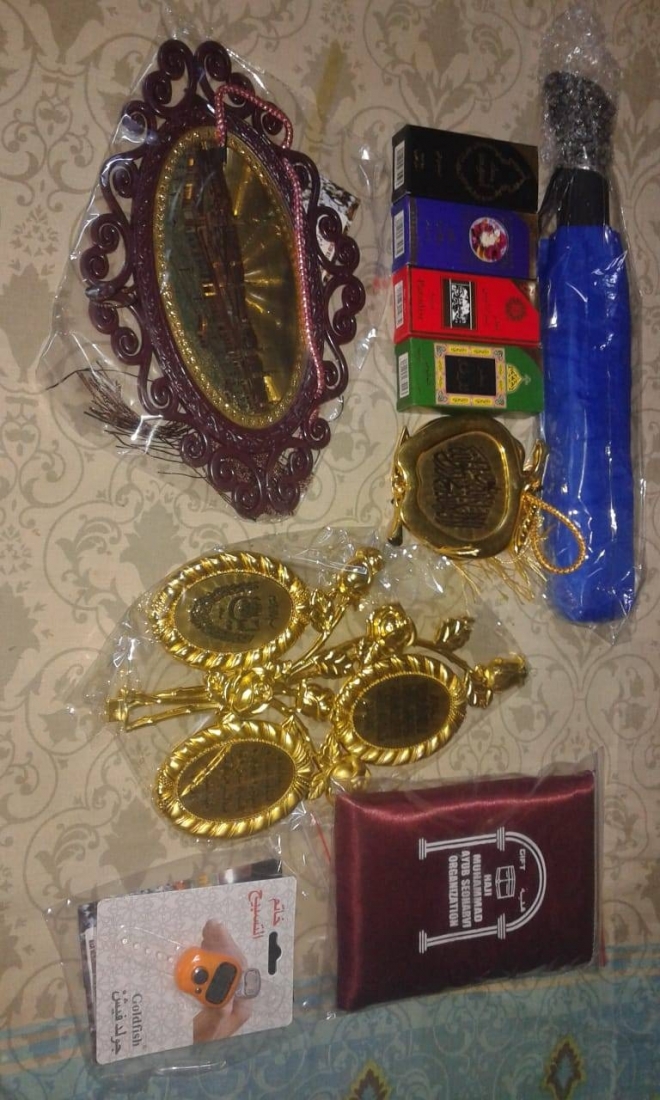 JEDDAH — The Maulana Hifzur Rahman Seoharvi Academy and Haji Muhammad Ayub Seoharvi Welfare Organization are distributing some 100,000 gift packets containing lightweight prayer mats, scent bottles and umbrellas to pilgrims during this year’s Haj season. Moreover, the Jeddah-based organization will also provide necessary assistance to needy and aged pilgrims, a senior official of the organization said here in a press release. The gift packets also contain brochures, key chains, stickers and wall hangings containing selected Ahadith (sayings of Prophet Muhammad — peace be upon him) and supplications in several languages. Bahjat Ayub Zinjani (Najmi), founding president of Maulana Hifzur Rahman Seoharvi Academy and General Secretary of Haji Muhammad Ayub Seoharvi Welfare Organization, is also a leading dawa worker in Jeddah. He said the gifts will be distributed to pilgrims based on the decided quotas for each country.

On behalf of the academy, a group of volunteers of both genders have already started the process of gift distribution by daily traveling back and forth between Jeddah and Makkah. The target is to distribute gifts to at least 5,000 pilgrims each day, Najmi added.

Najmi and his team were also in Madinah recently to distribute gift packets.

Najmi has been assisting both Umrah and Haj pilgrims by guiding them on ways to perform rituals and also by advising them about the precautionary measures to be adopted by pilgrims during their stay in the holy sites and in performing their Haj rituals.

Women pilgrims should refrain from wearing glass bangles while performing tawaf (circumambulation of the Holy Ka’ba) as they might break leading to an injury of the hand and could also harm other pilgrims in the mataaf, he said.

Najmi and his wife, Umm Fakeha Zinjani, have been providing assistance to pilgrims for over a decade.

Maulana Hifzur Rahman, a great Muslim leader of the Indian subcontinent, participated in the freedom struggle and helped Muslims lead a dignified life following the partition of India. He was an Islamic scholar of repute and a prolific writer who is remembered in India and Pakistan for several books, the most notable of which is “Qassasul Anbiya.”

Ayub Seoharvi was the son-in-law of Maulana Hifzur Rahman. He was instrumental in stressing the importance of education among Muslims and launched several schemes for the welfare of the minority community in India.


⇐ Previous:
Gambian minister is all praise for facilities for pilgrims
Next: ⇒
Hectic preparations on for the opening of Jeddah’s new airport