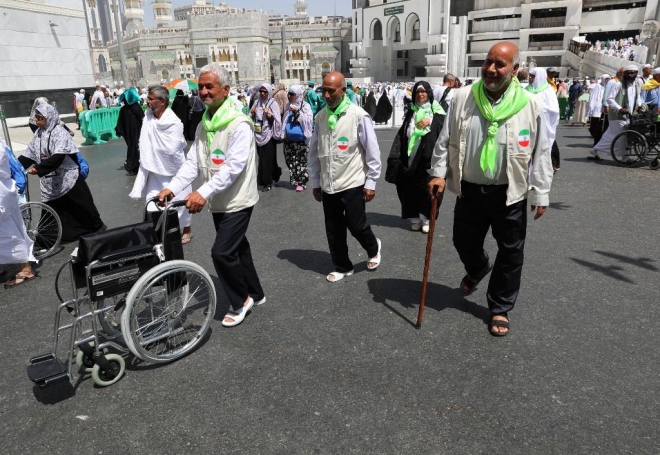 RIYADH: Around 88,000 Iranian pilgrims have arrived in Saudi Arabia to perform this year’s Hajj, the head of the office for Iranian pilgrims’ affairs Nasser Jaber Hweizawi said.

The Iranian pilgrims are receiving services in Madinah in coordination with the Ministry of Hajj and Umrah, Asharq Al-Awsat reported.

Hweizawi also said that the rapid development taking place in Madinah will have a positive impact in the near future and will help increase the capacity of Hajj and Umrah pilgrims that are received by Saudi Arabia in the coming years.

Sheikh Abdulrahman Al-Sudais, the chief of the presidency of the two holy mosques, called on pilgrims to avoid politicising the Hajj and to cooperate with police officers and other officials working to keep all pilgrims safe.