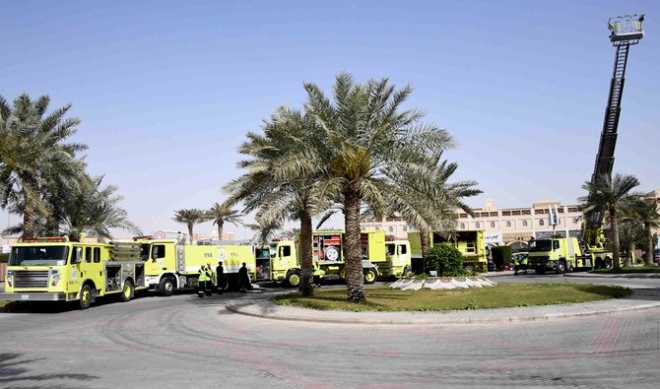 MAKKAH: The General Directorate of Civil Defense started its preparations for this year’s Hajj season by executing its annual general emergency plan, which includes mobilizing more than 17,000 officers and more than 3,000 vehicles to deal with public safety challenges.

The general directorate aims to preserve the safety of pilgrims and visitors of the Two Holy Mosques under the direct supervision of Prince Abdul Aziz bin Saud bin Naif, interior minister and head of the Supreme Hajj Committee; Prince Khaled Al-Faisal, governor of Makkah and chairman of the Central Hajj Committee; and Prince Faisal bin Salman, governor of Madinah and chairman of the region’s Hajj committee.

Lt. Gen. Sulaiman Al-Amro, general director of Civil Defense, thanked King Salman and Crown Prince Mohammed bin Salman for their support and procurement of all means aimed at guaranteeing that pilgrims can perform their Hajj rituals with ease.

Al-Amro added that Civil Defense efforts will focus on preventive measures, including raising awareness, ensuring the availability of security measures in all locations, and stressing the importance of safety principles and avoiding all dangers.

He said the plan includes joint training with concerned parties, and the distribution of Civil Defense services in order to quickly respond to emergency situations.

Makkah municipality also recruited over 23,000 workers to implement its plan for this year’s Hajj season. They will be on hand 24 hours a day, divided into several shifts and focusing on crowded areas.

Last year more than 1.75 million pilgrims from outside the Kingdom performed Hajj, according to figures from the Saudi General Directorate of Passports.