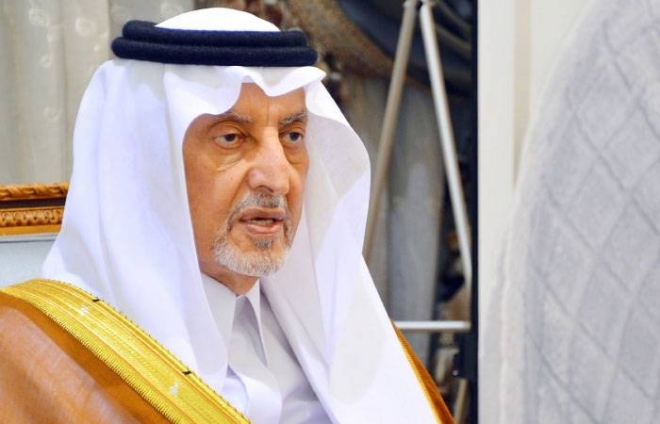 JEDDAH — Prince Khaled Al-Faisal, emir of Makkah Province and adviser to the Custodian of the Two Holy Mosques, has reaffirmed that whoever casts doubts on the services being provided by Saudi Arabia to the pilgrims has political motives, intent purely to disparage the Kingdom.

He said that they know very well deep inside their hearts that all their claims are untrue. They also know very well what Saudi Arabia provides every Haj season.

In an interview to the Saudi Al-Ekhbaria TV Channel, Prince Khaled stressed: “Whoever comes to look for shortcomings in Saudi Arabia’s efforts towards the pilgrims, returns with all gratitude and praise for us for all that we provide.”

He said: “The Custodian of the Two Holy Mosques King Salman has made it a common practice for all to exert their utmost efforts to serve the pilgrims and make sure they are comfortable.”

He said the Kingdom spends billions to make the Haj season a success, adding: “We are proud to serve the pilgrims and ensure their comfort.”

Prince Khaled said that he asked the officials serving the pilgrims that they should always wear a smile on their face when dealing with pilgrims.

He said billions of riyals are spent on projects in the holy sites every year. These include water and electricity projects.

“Day after tomorrow (on Tuesday) we will inaugurate electricity projects worth SR1.2 billion in the holy sites. All the projects in Makkah are meant to serve the holy sites.

“The Kingdom’s policy is to make Makkah and the holy sites a world example of the modern, futuristic, civilized city. I hope to see all the holy sites functioning fully electronically,” he said.

As to the role of the Central Haj Committee, Prince Khaled said it usually holds a meeting immediately after the end of the Haj season to evaluate the services provided during the season.

Furthermore, periodic meetings are held until the beginning of the new Haj season, he added.