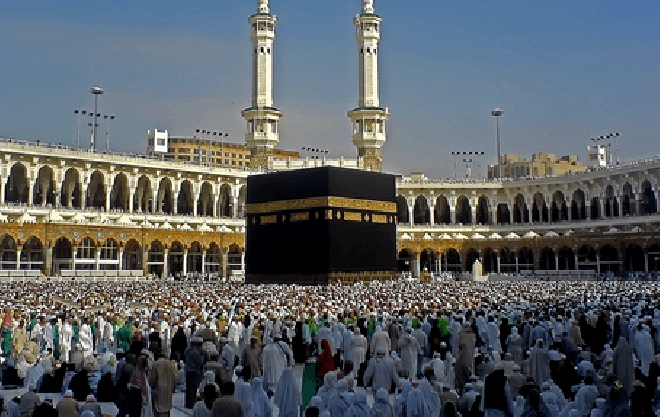 Over 300 Muslims from across Liberia on Saturday landed in the Islamic holy city of Mecca in Saudi Arabia for the annual pilgrimage.

The delegation left Liberia during the early hours of Saturday and landed the same day in Mecca where they were received Mr. Abu Kamara, who is the Charge d' Affaires at the Embassy of Liberia in the Kingdom of Saudi Arabia.

Pilgrimage is the fifth pillar of Islam that is to be observed by every Muslim once in a life time, if the individual is financially capable to underwrite the cost of the travel and stay in Mecca.

During the Hajj, the pilgrims perform acts of worship and renew their sense of purpose in the world; it is also intended to obtain spiritual cleansing of the mind, body and soul through repentance from acts that were committed prior to the exercise.

The 325 Muslims from Liberia have started their journey to participate in the 2019 edition of the ceremony that is annually observed in Mecca, Saudi Arabia.

President George Manneh Weah extended his humanitarian gesture to 150 participants of the ceremony from Liberia out of the total number of 325 Muslims who formed part of the delegation this year.

In an interview with the Liberia News Agency in Monrovia, Madam Konoh Massaquoi Sherif said one of her sisters was a direct beneficiary of the President's gesture, adding "his action demonstrates that he is a twin mother who cares for both of her children with equal dedication."

She lauded the President for his contribution to the realization of the dream of Muslims, noting that it could not have been possible for those 150 Muslims to make the pilgrimage without the intervention of the President.

She sent a passionate plea to President Weah to continue his humanitarian work by extending hands to the needy and poor in achieving their goals in life.

According to the Koran, pilgrimage was introduced during the time of prophet Ibrahim (Abraham), who left his wife Hajra, and son Ishmael in the desert of ancient Mecca alone with little food and water to perform the Hajj.

This signifies that one does not have to be wealthy to do the pilgrimage.