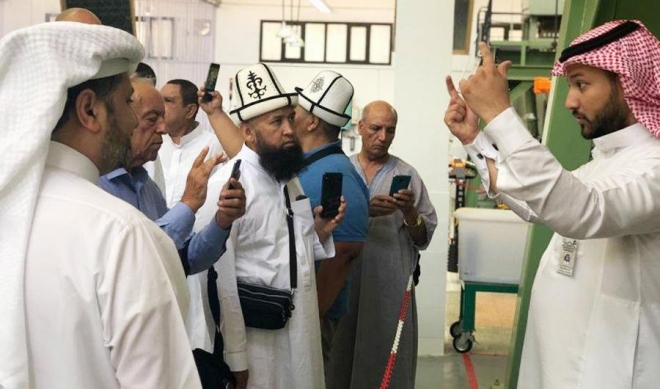 MAKKAH: Guests of a major annual Hajj symposium were taken on a tour of historical sites, monuments and museums in Makkah and Madinah.

The Ministry of Hajj and Umrah launched the cultural program in sync with the Hajj Grand Symposium as part of the event aimed at enriching scientific dialogue.

Visitors were taken on a journey of faith through the universe as they were shown around the Makkah clock tower museum, taking photos of the holy site and the Grand Mosque from the top floor of the building.

Guests also visited the Kiswa Factory of the Holy Kaaba and were given an explanation of the steps taken and materials used in the manufacture of the Kiswa.

They also toured the Exhibition of The Two Holy Mosques Architecture viewing rare collections, manuscripts and photos and getting an overview of old and new models of the Grand Mosque, the Zamzam well, and the holy Kaaba gate.

The guests will also be taken to Madinah. Later, they will return to Makkah in preparation for Hajj.